Great news for the jailbreak lovers. The popular Semi-Restore utility that was previously only available for Windows and Linux machines is now available for Mac OS X users as well. New releases and innovations may not be as frequent as they once were within the iOS jailbreak world, but that doesn’t mean that hard-working developers aren’t still chipping away behind the scenes to not only produce new software, but to also update existing offering and bring additional compatibility.

Developer CoolStar has officially released Semi-Restore for OS X on a ‘works-for-me’ basis. The release is great news for those jailbreak fans who have either used Semi-Restore previously on a Windows or Linux machine and love what it offers, or those who have been waiting patiently to get to grips with the utility, but who own an Apple Mac, which was a previously unsupported platform for the tool. 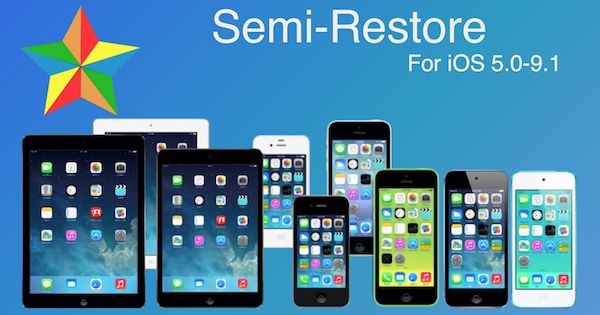 The developer has not only officially announced the availability of Semi-Restore for OS X, but has also issued an accompany “no support” warning, meaning that it has been tested on two Hackintosh machines, and that he won’t offer support if it doesn’t work as intended.

For those that may not be in the know, or who may be new to the jailbreak world, Semi-Restore has proven to be a very handy little tool over the last three years for jailbroken users who want to restore firmware on their iPhone, iPad or iPod touch without actually losing those jailbreak privileges.

Originally released back in 2013, and recently updated to add support for iOS 9, its goal is essentially the same as Cydia Impactor tool by Saurik, with the major difference being able to restore a jailbroken device to a clean version of the currently installed firmware, but still managing to honor the jailbreak liberation of the device. 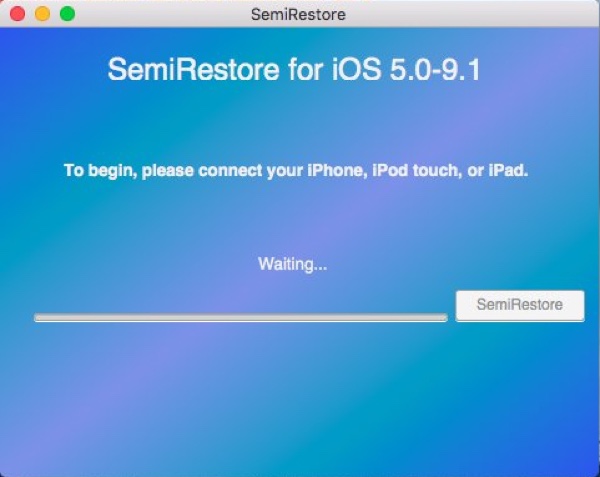 The power of Semi-Restore really comes from its ability to allow users to restore back to a clean version of iOS that will remove any previously installed tweaks or extensions that could have been causing problems. If you get a little download happy from Cydia, and find yourself with a slow or laggy device that’s crashing and hanging due to a bad extension or tweak, Semi-Restore allows you to start again with a clean, but still jailbroken, version of the currently installed firmware.

The OS X version is available to download right now from semi-restore.com. Make sure you turn off Gatekeeper on your Mac before running the tool.