Semi-Restore For iOS 8.1 Released, Lets You Restore Your iPhone, iPad Without Losing Jailbreak

When assessing whether to go ahead and jailbreak or not, we normally weigh up the pros and cons. One of the main drawbacks of taking the plunge is that stability issues tend to be more frequent where Cydia is present, but on the flip side, the considerable functionality enhancements should not be underestimated. One of the other key issues with past jailbreaks was the inability to restore to default settings on the device, something that most of us carry out every once in a while as a matter of protocol. But thanks to the Semi-Restore tool, you can revert to factory settings (almost) while leaving your jailbreak completely unaffected.

I, as I’m sure many of you, have continued running devices that needed recalibration by means of a restore in the past, and purely because I didn’t want to be left languishing on stock software. But thanks to the updated Semi-Restore tool, you can clean things up without losing the most important bit, and it’s available right now. 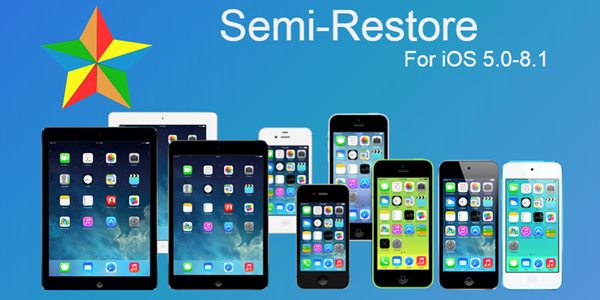 Like most recently released tools and apps, it’s compatible with iOS 8 through iOS 8.1 right out of the box, and although it requires OpenSSH, it’s fairly easy to get started with.

Semi-Restore has only been updated for Windows and Linux at this moment in time, so if you’re in the ownership of a Mac, then you’re out of luck for now. 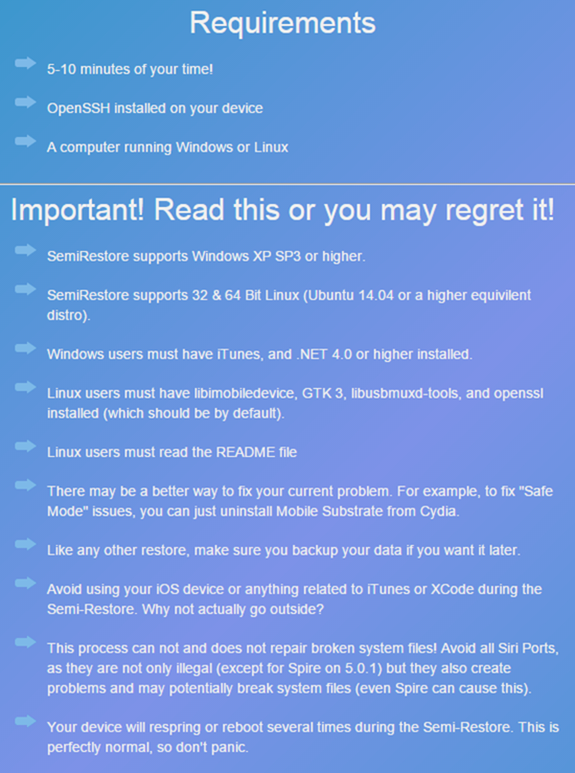 So, if you’ve wished to restore but have been scared of losing your jailbreak – and, even worse, being caught on the un-jailbreakable iOS 8.1.1 – then the new and updated version of Semi-Restore has you well covered. 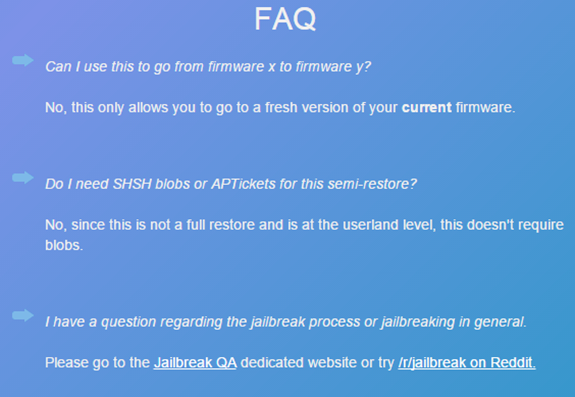 Though Semi-Restore is a great tool to have, but keep one thing in mind; at the time of writing, Apple is still signing iOS 8.1 firmware for iPhone, iPad and iPod touch, which means that the tool is basically useless right now. But once Apple stops signing the firmware, then you won’t be able to restore to iOS 8.1, and that’s when you’ll have to turn towards Semi-Restore. If you do wish to downgrade to iOS 8.1 for the purpose of jailbreaking, then simply follow our tutorial linked below: