Apple is set to launch the Apple Watch in second wave of countries, starting 8th of May, and includes places such as Italy and Spain. This piece of information is not official and comes in from purported inside sources, who further claim that advertising material for Apple’s new wearable has already been shipped to Apple Stores in Italy.

The news comes in from iSpazio, and according to the publication, the displays and tables for the new wearable will be set up in the stores just a day before the launch, which happens to be 7th of May. The launch and acceptance of pre-orders for the wrist-worn device in Italy will happen to be the second wave of launch for Apple’s first ever wearable. It has also been revealed that Apple will also begin accepting pre-orders in Italy, Spain and a bunch of other countries on the same date. However, it remains unclear what other countries will be included in this second wave launch of the Apple Watch. 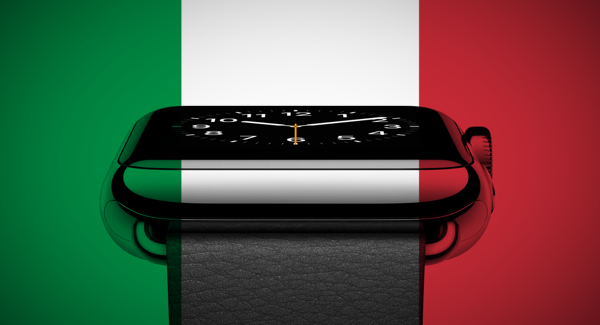 Apparently, the sales process will be identical to the one that followed in the U.S. and other first wave countries, where the initial Apple Watch pre-orders are exclusive to being online only. After the pre-order window ends, in-store pickups will follow, and as for the try-on appointments; those will be available on launch day as well.

In the past, the second wave launch of the iPhone 6, 6 Plus was targeted at countries such as Austria, Belgium, Denmark, Finland, Ireland, Isle of Man, Italy, Liechtenstein, Luxembourg, Netherlands, New Zealand, Norway, Portugal, Qatar, Russia, Saudi Arabia, Spain, Sweden, Switzerland, Taiwan, Turkey and United Arab Emirates. Based on the current shipping estimates for the first wave countries, second wave ones could be looking at shipping times of 4 to 6 weeks – depending on the model the customer goes for. It’s also quite possible that Apple wouldn’t go for a wider launch immediately, considering the supply issues at hand, and would rather stick to a handful of countries for the second wave.

The Apple Watch went up for pre-order on the 10th of April in the United States, Australia, Canada, China, France, Germany, Hong Kong, Japan and United Kingdom, resulting in a complete sellout in less than six hours.

We’ll have more word on this news when an official announcement is made by Apple, so stay tuned.