It takes courage to stand out of the crowd and take something existing, play around with it in ways unprecedented, and present something that is both unique and unsettlingly different. Yet, if you do  have that courage, such experiments can pay off well. This is exactly what Russian startup Yota Devices did with their unique YotaPhone, and now we get to see the prototype of the second-generation YotaPhone.

In case you never heard of it, YotaPhone is a unique Android-based smartphone, in that it carries a second EPD (electronic paper display) on the back of the handset, which is considerably low power and can be used for certain mundane activities like checking notifications, going through social feeds and the like. This is the same display technology employed by Kindle Paper and Pebble smartwatch displays. 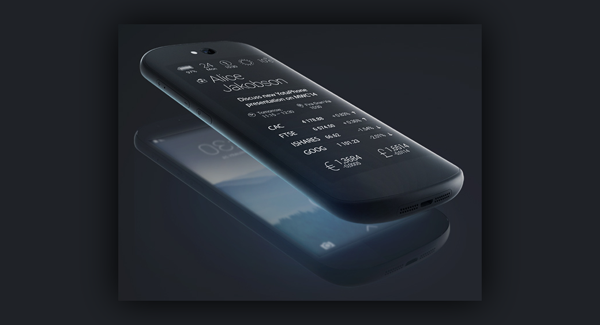 With the second generation phone, Yota Devices are turning quite a few things up a notch. According to the full spec sheet, the device will carry an impressive thickness of just 8.9mm, which, although thick by today’s standards, is remarkable with a device that has two displays. The device will be powered by a Snapdragon 800 quad-core CPU, with 2GB of RAM and 32GB internal storage. As for the display, the primary, color display will be a 5-inch 1080p full HD AMOLED panel, while the one on the back will be 4.7-inch EPD at a remarkable resolution of 960 x 540 pixels. What’s even better is that this time, YotaPhone’s back EPD will be a full touch capacitive panel, providing a much better user experience. There will also be an 8MP still camera on board capable of shooting video in 1080p at 30fps. 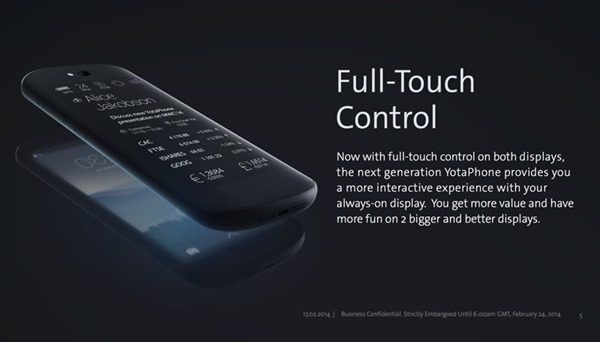 The device will be running the latest version of Android, and will also carry a full connectivity suite with Wi-Fi, GSM LTE CAT4, USB 3.0, Bluetooth 4.0, GPS and NFC. All of this will be powered by a 2550mAh battery capable of undergoing wireless charging. 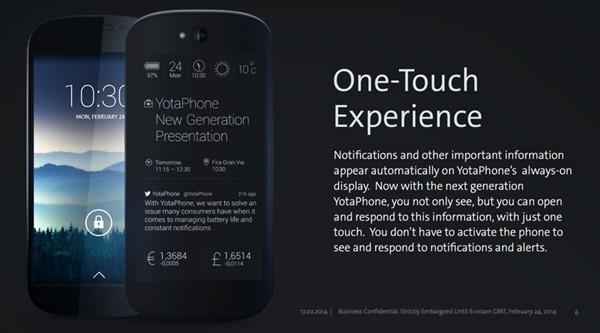 As of now, YotaPhone second generation is just a prototype and there aren’t really any devices ready to be shipped. According to the manufacturer, users can expect the device to hit the shelves by the end of 2014, and will be targeted towards an extensive set of markets including China and the US, where in the latter, Yota Devices might consider launching the device through carriers. As for pricing, while there is no official word yet, the company’s CEO claims that it will be cheaper or comparable to latest Android flagships from the likes of Samsung and HTC. 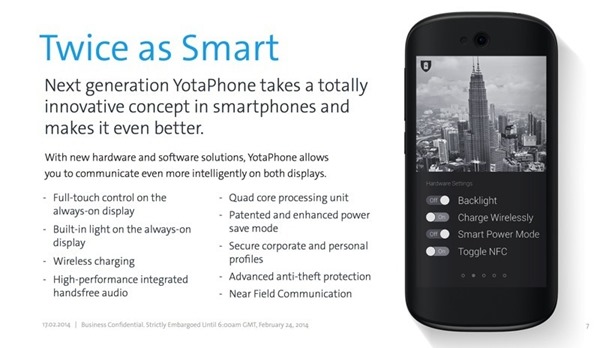 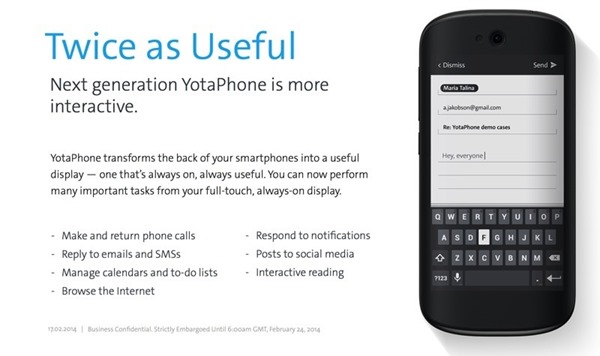