SanDisk’s Nintendo Switch-Branded 128GB microSD Can Be Had For Just $24.99 Today Instead Of $35

You can add 128GB of microSD storage to your Nintendo Switch for a low price of just $24.99. That’s down from the usual $35 at which this SanDisk microSD card retails for. Grab the deal and expand your gaming library.

The Nintendo Switch has been nothing short of a phenomenon since it arrived a couple of years ago, and it seems like there are few people left who don’t own one. With its built-in storage you have room to play some games on the move, but if you want a real library of content, a microSD card is in your future. Right now you can get not only a SanDisk microSD card at a discount, but one that’s actually Nintendo Switch branded, too. 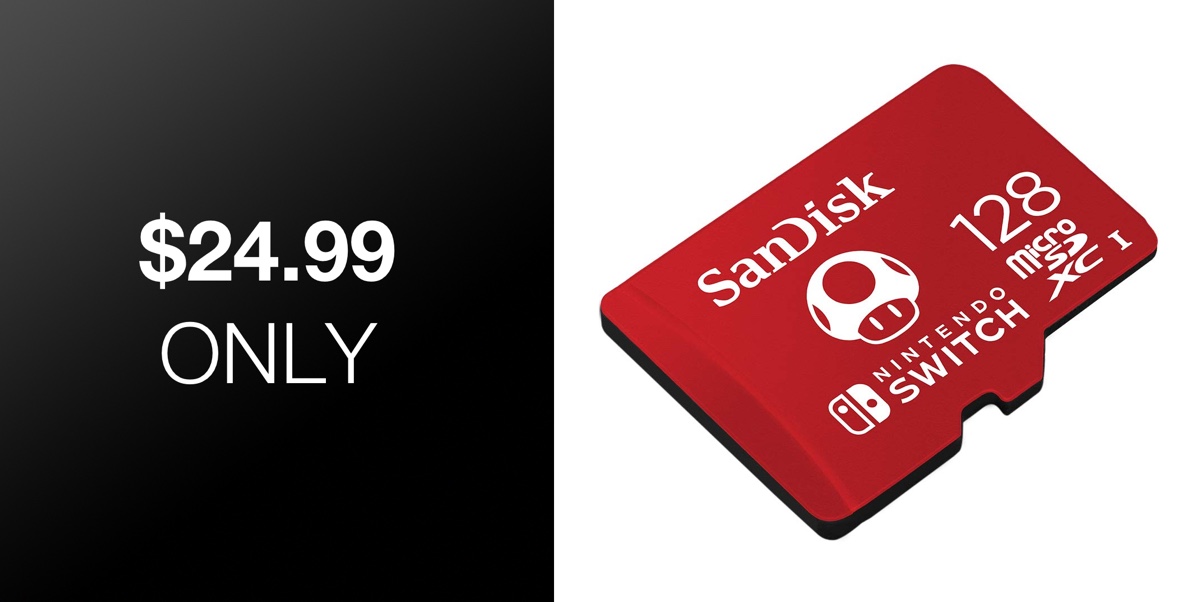 The card in question is a SanDisk 128GB memory card that is officially licensed by Nintendo. That means that it’s perfectly suited for use with the game console, and to highlight that it’s a lovely shade of Nintendo red and even has a picture of a mushroom and the Nintendo Switch logo on it.

Of course, under the hood it’s a normal microSD card rated at 100MB/s, so if you’re in need of a card for use in a camera or whatnot, don’t be put off by that Nintendo branding. This card will work everywhere, not just in the Nintendo Switch. 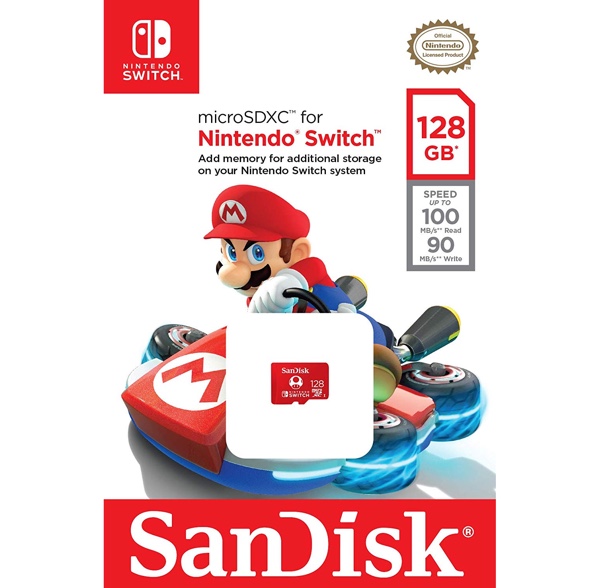 If you’re trying to live the digital store lifestyle rather than using cartridges, then getting a microSD card is a must. This one should get plenty of games into your library without breaking a sweat, and you won’t have to contend with going to play a game only to find that it isn’t the one that’s already in your console, either.