As CES 2016 is just around the corner, technology companies the world over are getting ready to blitz us with some great (and some not so great) ideas throughout the event. One of those that will have a big presence at CES 2016 is Samsung, and if the advertising artwork that it is hanging in the main hallway at CES is anything to go by, it seems the smart fridge is once again making a comeback.

The artwork doesn’t really give too much away other than to show what appears to be one of the company’s new smart fridges, but with what seems to be a large touchscreen on one of the doors. That in itself isn’t all that interesting, but what is catching the eyes of many is the fact that this screen appears to be running a customized version of Android. In fact, the artwork almost looks like it’s been mocked up by pasting an Android phone on top of a fridge, and that’s about it. Still, because it doesn’t specifically mention Google’s mobile OS, we can’t say for sure. It could very well be running the Linux-based Tizen. 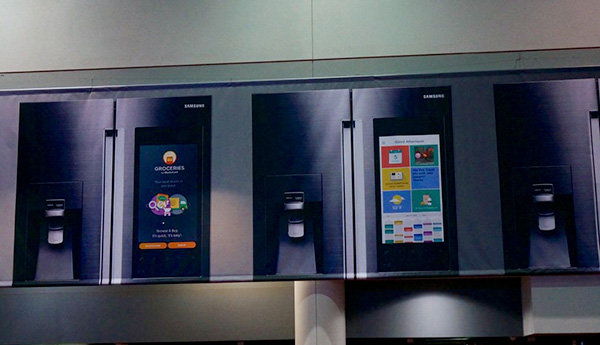 What really has us interested is the appearance of the familiar Android capacitive buttons on the bottom of that screen. Could it be like one of those very large-screen Samsung’s Galaxy tablets but shoved into the door of one of its fancy fridges? Given some of Samsung’s design work in the past, would anything really surprise us at this point?

As for the fridge itself, it looks like standard smart fridge fare – such as being able to make shopping lists, read the news, leave digital post-it notes and even listen to music – are on the cards, though at least two of those features strike me as downright crazy. This is a fridge after all – who wants to read the news on it?

Of course, I also used to wonder who would ever want to take photos on their phones at one point. One can’t be right every time! 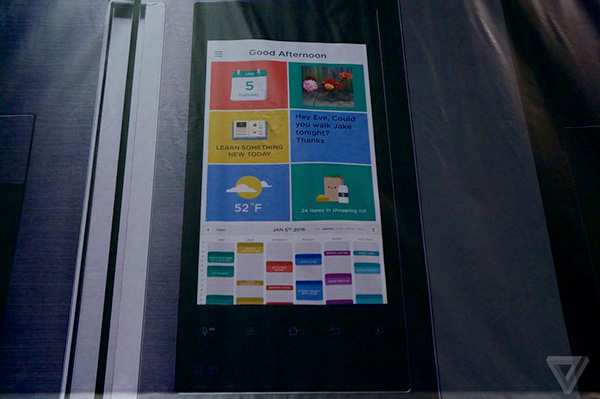