Samsung To Courts: We Will Soon Sue Apple Over Patent Infringement In iPhone 5

After a massive defeat in U.S. court against Apple, Samsung is preparing itself to take Apple to court over its iPhone 5, which, according to current information, infringes upon almost ten patents. Check out the details after the jump!

The news comes from FOSS Patents in the form of a blog post in which they discuss the statement Samsung filed with the United States District Court for the Northern District of California. The statement claims that the iPhone 5 “will” infringe upon eight patents that Samsung previously claimed in their lawsuit against Apple that they believe the super-popular smartphone infringes upon “based on information currently available”, and that the company has plans to file a lawsuit once they have had “reasonable opportunity” to closely analyze the phone. 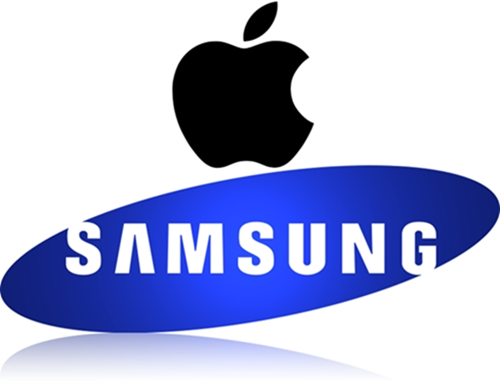 The eight patents in question are rather technical. They involve technologies like multimedia syncing, data display apparatus, apparatus for recording and reproducing digital images and speech, and remote video transmission systems among others.

These patents were presented in the previous Apple vs. Samsung case, but as we all know, they didn’t do much for Samsung. Two of these patents have been declared to be “standard essentials” i.e. Samsung cannot sue any company on their basis.

It had also been previously reported that Samsung was willing to sue Apple on LTE-based patents, but we’re guessing that won’t probably work out for them.

The iPhone 5 will be launching publicly tomorrow in major countries, with a wider launch in upcoming weeks. Samsung will soon get their hands on a unit and get their engineers to closely analyze it to see if it does actually infringe upon their patented technology.

The iPhone 5 directly competes with Samsung’s flagship Galaxy S III smartphone. The Korean company has already started marketing campaigns in which they mention technical features such as the considerably larger display, NFC, Picture in Picture, removable battery and other smaller novelties like Tilt to Zoom, Palm Swipe Capture, Turn Over To Mute etc.

Earlier today, they even released a nice television advertisement in which they mock people who are waiting in line for the iPhone 5. Ads like these which claim the Galaxy S III to be “the next big thing” are equivalent to Apple’s old Mac vs. PC ads in which they mocked PC users.

We’ll be closely following Samsung and any further statements they release to courts. The company seems hell bent on stopping sales of the iPhone 5, which is understandable considering the $1 billion fine they had to pay and negative marketing they had to incur as a result of their loss to Apple recently.