Samsung Patent Shows Smartwatch That Projects A Display Onto Your Hand

Just when you thought that smartwatches had settled down into a form factor and array of technology that would tide us over for a while, Samsung has applied for a patent that would see its smartwatches project an interface onto the wearer’s hand, allowing input or manipulation of the watch without actually touching it.

The patent, currently working its way through the system, employs the same technology used in head-worn devices and could project the same kinds of interface elements onto nearby objects, such as walls or doors. 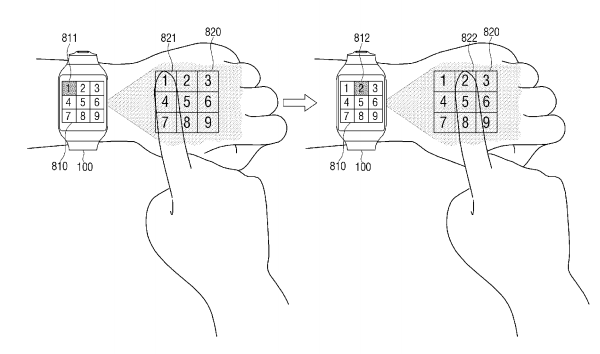 Uses for the enhanced display could include a user being able to dial a phone number by tapping digits on their hand or arm, input text via a keyboard or handwriting interface, or browsing through a list of notifications, an interface for handwriting input.

The smartwatch, as a device category, has been held back somewhat by the small screens that wrist-worn devices obviously need to have, but by moving the display away from the device itself, Samsung’s patent has the potential to change how we think of smartwatch interfaces moving forward. 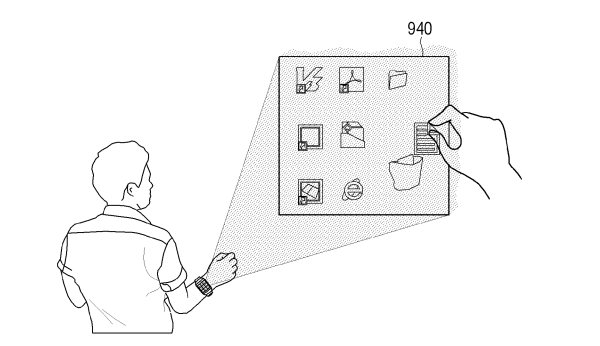 While the patent itself does have some interesting potential and the images that accompany the application make for very interesting viewing, there is obviously absolutely no guarantee that the patent will lead to a device that anyone can actually buy. Patents are applied for all the time by every big technology company and few ever make their way to a shipping device. That said, Samsung likely knows that the smartwatch has not captured the imagination of the planet in the same way the smartphone did, so it may be willing to forge forward on anything that incorporates technology based on this patent.

We can only hope so, at least, because as anyone who has tried to hunt and peck on a smartwatch will attest, small screens and sausage fingers don’t always make for a good mix. 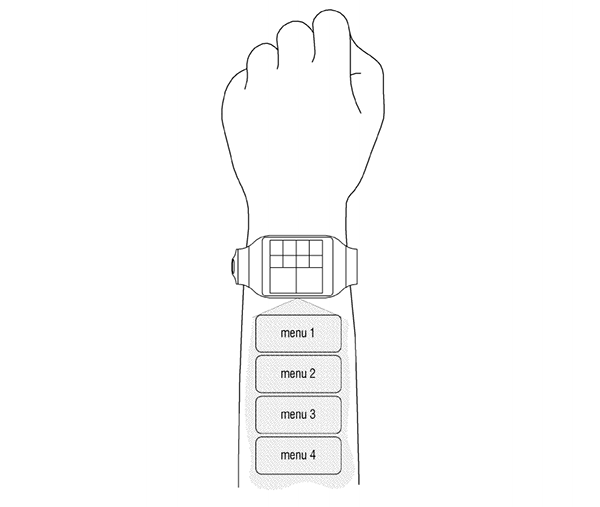