Although I love certain Samsung products and can see the value in them and understand why smartphones like the Galaxy S II and S III have been so commercially successful for the Korean electronics giants, there are certain Samsung products that simply do not make sense to me and actually make me wonder why they are even releasing them. Obviously my opinion is my own and if there wasn’t a market for things like the Galaxy Note "Phablet" then they wouldn’t put the resources into them, but it still staggers me.

Samsung has just taken the rather large covers off one of their latest creations, and judging by the size of it, it has amazed me that they managed to keep it under wraps for so long. The new Galaxy Player 5.8 is a new Samsung media player device that offers everything we would come to expect from a device of this kind, including a microSD slot for increasing the overall storage on the player as well as being available in either a 16GB or 32GB internal offering. Samsung has built in a front facing VGA camera that is perfect for video calling sessions and will hopefully appeal to the mass media consumption market by slapping in a rather large 2,500mAh battery. 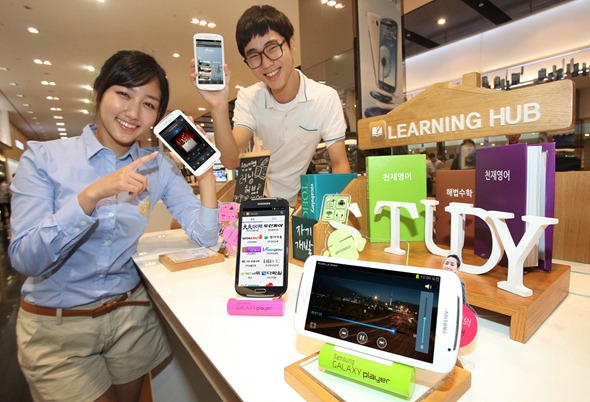 In terms of behind-the-scenes power, we don’t yet know the exact CPU details of what Samsung has included with this device, but we do know it is running the latest version of Android Ice Cream Sandwich, and comes with the latest generation of the TouchWiz user-interface for the first time in a Samsung device of this type. All well and good, but let’s get back to the fact that it is pretty enormous. Named the Galaxy Player 5.8, the device contains a whopping 5.8-inch LDC display with a 960×540 resolution, and dwarves the screen on devices like the Galaxy S III. 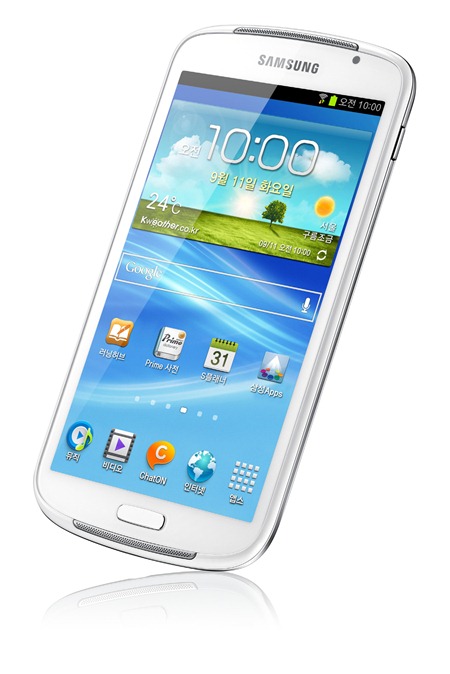 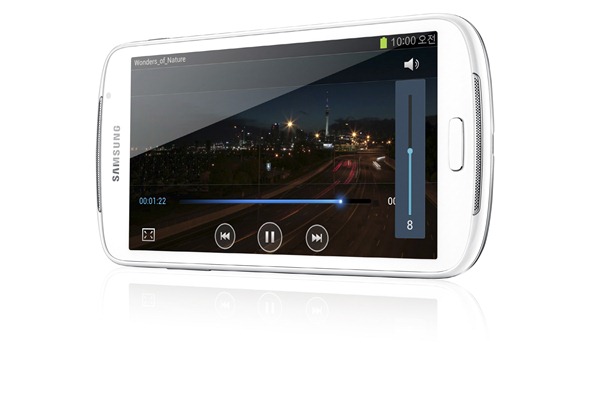 Although the attention will more than likely be focused on the sheer physical size of this new Samsung gadget, it does pack a pretty decent specification into it and will likely find itself having a lot of fans around the world who seem to love the company’s rather large creations. It is possible that we could also see the Galaxy Player 5.8 in a little more detail at the IFA trade show in Berlin in the next few days.