Samsung has made two new Galaxy S4 ads available on YouTube before, presumably, putting them on every TV channel on the planet. If there’s one thing Samsung knows how it do, it’s blanket advertising. Check out the ads right after the jump!

The two new ads stop just short of being the anti-Apple, iPhone-bashing spots that we have almost come to expect of Samsung at this point, though one of the spots does highlight the ease with which people can switch from their existing smartphone to one of Samsung’s current flagship handsets. They don’t make it too obvious, but you just know that they mean the iPhone! 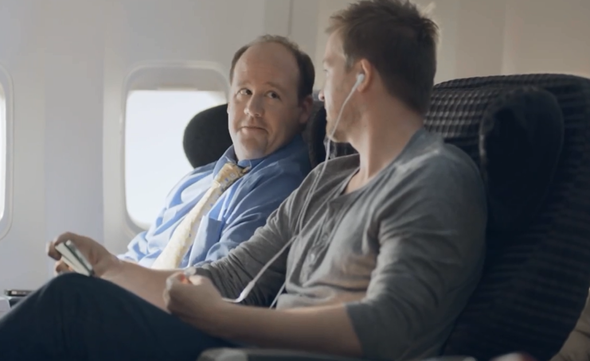 The first of the two short ads show a passenger on an airplane being bugged by the man sat right next to him, with the unfortunate flyer toting a Galaxy S4 and trying to watch a video. He’s not unfortunate because he has an S4 though, but rather because he’s sat next to someone who just won’t leave him alone. The pair talk about the hassle of switching phones, with the S4 user explaining that Smart Switch makes it easy for people to dump their existing handset for the latest Galaxy handset. Even SMS messages are moved over, we’re told. Not bad for a start we must say, if it really works perfectly, that is.

The 2nd ad spot highlights the Galaxy S4’s software translation system, one a woman taking who we presume to be a new boyfriend to meet her parents. Cue the young chap using his Galaxy S4 to impress his lady’s mother by talking to her in her native tongue. It’s a cliché, but it will no doubt work!

Samsung has a past of building its advertising campaigns around battering Apple and the iPhone first, and then pushing its own devices second. These two new ads pull back from that slightly, though the airplane ad in particular does the feeling that it could take a turn for the worse at any moment, perhaps with an iPhone 5 being sucked out of a window at 40,000 feet. 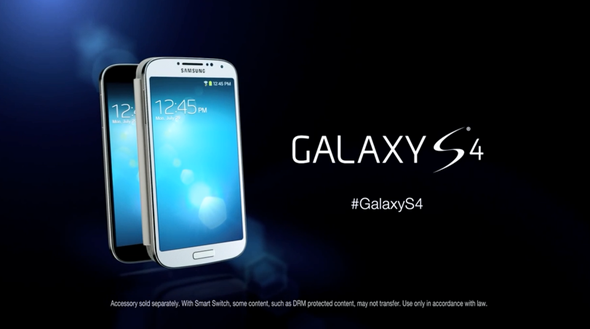 Who knows, maybe Apple’s PR people are finally starting to grow up.

Which ad do you think was the most appealing one? Do leave your comments in below, we love to hear from you!