The upcoming Samsung Galaxy S5 has a lot going for it. It’s big, it’s fast and it’s got more sensors than NASA. Those sensors do all kinds of things, but it seems the old fashioned microphone may be at the center of one particular party piece, and it’s a party piece that Samsung has kept rather quiet.

Digging around in the Galaxy S5’s accessibility menus, one blog noticed that there is an intriguing option to turn on the ‘Baby crying detector.’ Something that Samsung has kept strangely quiet about, this baby monitor software presumably just uses the phone’s microphone as a way of sensing when a baby is crying in its vicinity, which obviously enough means you’d need to leave your phone behind if you wanted it to work at all. But if you’re phone’s with the baby, how do you know when it’s alerting you?

Using your Gear smartwatch of course. 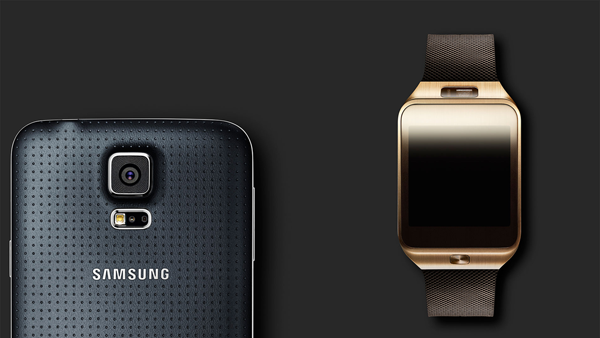 It looks like Samsung’s often-derided smartwatch will be required in order for this all to come together. The Galaxy S5 will send a notification to the Gear watch every time it detects a baby crying. The watch will, in turn, vibrate like crazy so that its wearer knows that the baby needs some attention. Obviously arguing with your significant other over who’s turn it is to get up isn’t something the phone nor watch can do for you, though. Which is a shame! 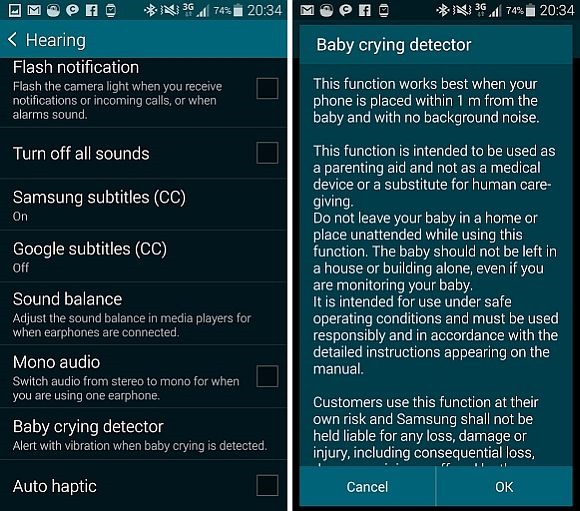 The fact that Samsung kept this so quiet is odd, as is its placement deep within the Accessibility settings for the phone. Given Samsung’s love of making a song and dance out of every little feature, it’s perhaps surprising that it hasn’t made more of the phone’s ability to double up as a baby monitor. Maybe it’s just not very good at it!

We’ve not seen any reports of anyone having tried the monitor themselves, so if you do then be sure to let us know. Given the price of ‘proper’ baby monitors, we suspect this could be a very popular feature indeed.

Assuming anyone ever finds it, of course.

What do you think about the feature? Are you ready to toss your baby monitor into the garbage and replace it with a Galaxy S5 just yet?