As the device continues to arrive at various shores across the world, the debate rages on as to whether the Samsung Galaxy S4 is indeed worthy of its position as Android’s poster boy. The latest in an immensely popular series, the Galaxy S4 dramatically improves on its predecessor in terms of hardware features, but opinion remains divided on whether it is a true humdinger, or just another re-hash of the same old rhetoric. Consumer Reports has waded into the debate with its latest research, which suggests that in actual fact, the Samsung Galaxy S4 is in fact the real deal, with its scrutiny of the device struggling to pick out any major faults or issues. Indeed, Consumer Reports even goes as far as to conclude that the Korean company’s latest and greatest is actually better than anything else you’re likely to find right now, and if you’re intrigued as to why this is, check out the details after the break!

Consumer Reports is world renowned for its objective reporting and analyses of various products, and when it comes to the biggest smartphone releases, the world always seems anxious to hear the verdict. While tech analysts, experts and consumers have had conflicting views on whether the Galaxy S4 lives up to the hype, Consumer Reports found the device to excel in practically every department.

Heaping praise upon the handset’s much-improved 13-megapixel shooter, Consumer Reports noted that "the S4 delivered top-notch performance in the most critical areas of our tests, including the camera.” Equally impressive was the 1080p Super AMOLED HD display, which allowed Consumer Reports’ Mike Gikas to really enjoy watching videos on the Galaxy S 4.

Gikas describes the general performance as "top-notch," and although there are plenty of other high-end smartphones like the HTC One and iPhone 5 vying for supremacy in the market, there’s no doubt that, in terms of hardware, the Galaxy S4 is right at the top of the field. 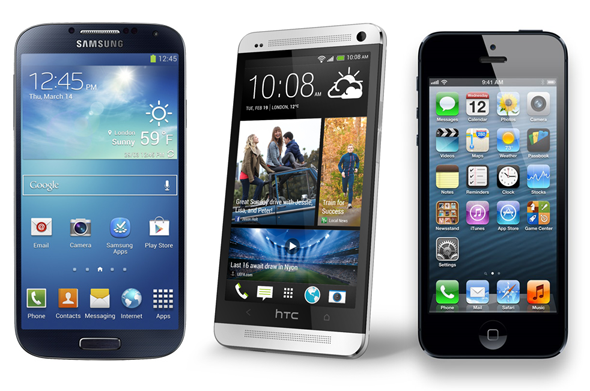 We have an extensive review of the Samsung Galaxy S4 coming up very shortly in which we’ll be casting our opinions on whether we agree with this report, assessing whether we feel the Galaxy S4 is indeed the best smartphone on the market right now, specifically when compared to the HTC One. Having used it for the past couple of days already, the omens are definitely good, and although it does bear striking similarities to the old S3, the performance renders it a completely different animal.

Galaxy S4 owners — do you agree with Consumer Reports? Please leave your comments below.