Here’s a side-by-side specs comparison between Samsung Galaxy Note 7 vs Galaxy Note 5. This will hopefully help you decide on your next Android flagship smartphone.

Samsung today announced the Galaxy Note 7 to much fanfare, and at first blush, it looks like it may have a winner on its hands. Samsung’s Note line of oversized smartphones has historically been very well received by both the press and users alike, and this sixth iteration shows no signs of disappointing, even if there were few surprises to be had during the announcement thanks to the number of leaks we’ve seen over the last couple of weeks. 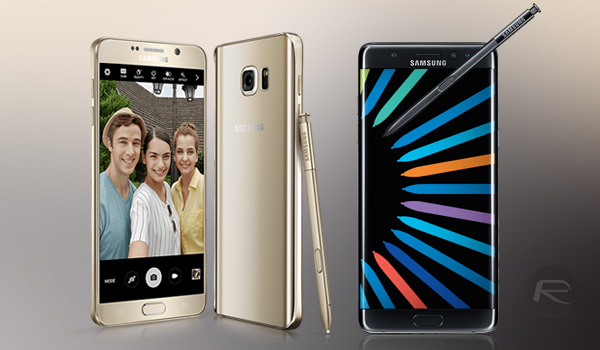 With Samsung set to start selling the Galaxy Note 7 in the coming weeks, everyone will understandably be looking at whether they should be picking one up, especially if they are due an upgrade or, like some of us here, simply cannot stop themselves from buying the latest, shiniest smartphone around. If you fall into the latter camp, then you’re likely wanting to pick this thing up ASAP, but if you’re in the former or are just due a change of device, then the question becomes a little more difficult to answer.

With both Notes carrying the same size screen, with the same resolution and hence the same pixel density, the only difference between the two displays is the use of the most current version of Corning’s Gorilla Glass, which should make the Note 7 more difficult to break. As far as looking at the two screens goes, barring the curved edges of the Note 7 compared to the standard version of Note 5, they are essentially identical.

When it comes to power, the Galaxy Note 7 features a larger battery when compared to its predecessor, with a 3,500mAh power pack compared to the previous model’s 3,000mAh unit. There are other differences, such as the use of the same internals as the popular Galaxy S7 and Galaxy S7 Edge this time around, making this a fast smartphone with arguably the best camera in the business. You can’t argue with those improvements over the Note 5, that’s for sure.

Our table is below, so be sure to check out which changes, or similarities, are important to you. The Galaxy Note 7 is a gorgeous phone with plenty of grunt behind it. We like it a lot, and we have a feeling most of the people reading this will, too.