As well as revolutionizing the way we interact with technology, the development of the smartphone market post-iPhone and the tablet market since 2010’s iPad release has really driven up the standards of hardware, and faster processors and GPUs are being produced at quicker intervals than ever before.

Prior to the release of modern-day devices, nobody could have foreseen quad-core processors in smartphones and tablets, but thanks to the developments of the likes of NVIDIA and Samsung, mobile users can play high-definition, all-action games, as well as run several different apps contemporaneously. The Tegra 3, which, among other devices, powers the Google-ASUS Nexus 7, offers levels of power only previously seen at desktop level, and Samsung’s Exynos series of SoCs has been a key factor in the success of most of its devices. 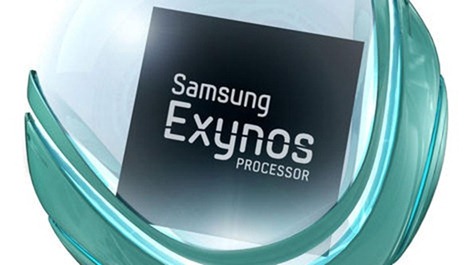 Samsung has just announced Exynos 5 dual-core chip, which is billed to take things up another notch once more. As well as offering a generally faster user experience, it is also thought the 1.7GHz SoC will bring a Retina level of display performance on the devices it powers.

The current batch of ARM A9 chips, such as the Tegra 3 and Apple’s A5, have higher levels of power usage, but do have their limitations when it comes to offering the best possible performance. The Exynos 5 will be based upon the ARM A15 chip, and is designed for devices requiring the absolute optimal levels of performance. The cutting-edge performance level will mean even more power is used, and although there is a consumer demand for better-performing devices, battery usage is always a major concern. 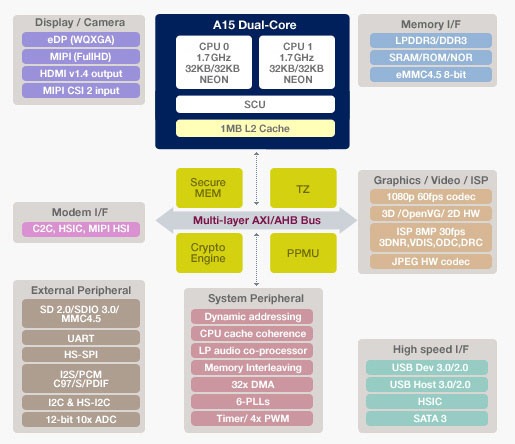 Nevertheless, the ARM A15 chip will be able to cater to GPUs of the very highest pedigree, such as the Mali-T604. Put a GPU like that alongside the Exynos 5, and you’re looking at a device capable of supporting resolutions of 2560×1600. Moreover, with a 12.8GB/s theoretical memory bandwidth and inclusive of 800MHz LPDDR3 RAM, HD video could be encoded and decoded at 60FPS.

Of course, theoretical performance is only half the deal, and there are many caveats when putting a device together as opposed to assessing features on paper. Still, we’re certainly looking forward to seeing more developments on the Exynos 5, and we’ll be sure to keep you guys updated.