Samsung has been in quite a bit of hot water lately. As well as dropping two Galaxy S4 Gold Edition right after the launch of the Gold iPhone 5s, the company was then found to be severely cooking the books with certain flagship handsets in order to yield favorable results in benchmark tests. Now, it would seem the Korean giant is up to another one of its old tricks – copying Apple – and as you’ll see below, the ad for its Galaxy Gear smartwatch is very much the same as that of the original iPhone.

Of course, we don’t necessarily think this has been ripped off without any acknowledgement of the original from Apple all those years ago. This is much more likely Samsung’s way of taking a bit of a pop at its Cupertino rival, as it so often does amid a big product launch. When we first saw the original Galaxy Note 3 ad / puppet show, we did think it strange that Apple hadn’t even been given a mention or reference, but Samsung hasn’t disappointed, swiftly following up with a copycat Galaxy Gear ad. 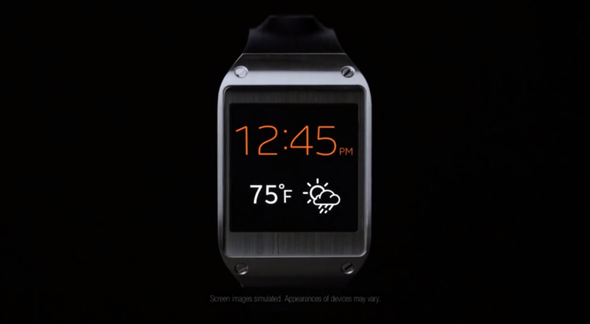 For those that can remember, the original iPhone ad, entitled "Hello," featured many famous faces – animated or otherwise – picking up the phone and uttering their greeting. Samsung’s "A Long Time Coming" clip follows the same prose, but instead sees characters interacting with their smartwatches. From The Jetsons and Fred Flintstone to the Power Rangers, Samsung’s advertisement is pretty thorough, and although it is quite an obvious pop at Apple, there’s little doubt that the Galaxy Gear is attempting to be that same game-changing product as the iPhone.

The chances of Samsung’s wrist-worn watch being as influential as the Apple iPhone would seem nil, and with compatibility issues already seeming to be problematic, it would seem that many are already filing it in the overpriced-and-useless folder. 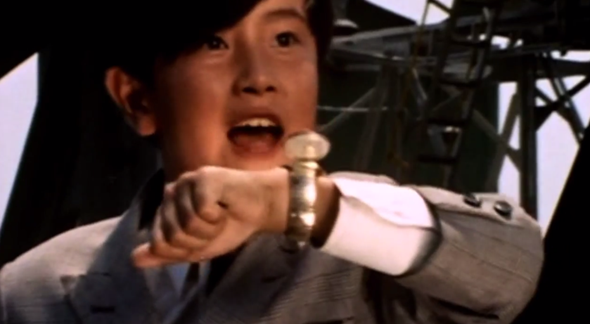 Still, as we await the iWatch, which is, as time progresses, becoming more and more of an enigma, perhaps Samsung deserves a little credit for diving in and giving the smartwatch game a decent crack.

Still, would certainly be nice if it could come up with its own ads, given the well-documented marketing budget it has:

For some perspective, here’s the first iPhone ad: