Throughout the constant back and forth legal bickering between Apple and Samsung lately, some interesting, formerly confidential tidbits have leaked out giving us a glimpse at some early internal iPhone prototypes. TheVerge spotted a few of them after scouring through various documents, and they’re actually rather interesting. One interesting concept in particular draws a hefty deal of inspiration from one of Sony’s designs, and Samsung plans to bring it up to basically tell the court that Apple, with all of their accusations, aren’t holy angels in the situation either.

Turns out, in 2006, industrial designer Shin Nishibori was instructed to design an iPhone prototype that’s modeled after Sony’s own design, which bears a fair bit of resemblance to the design of the iPhone 4 (and 4S). In fact – likely for laughs – on the mockup, in place of the logo, it reads “Jony”, referring to Jony Ive. Funnily enough, it’s completely decked out in Sony’s logo font as well. 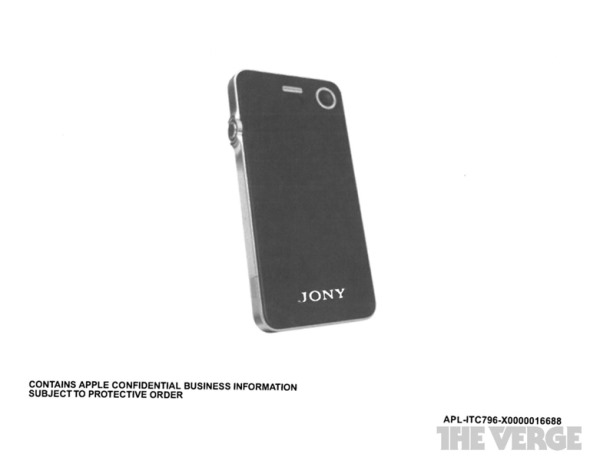 In a 2006 email correspondence with Ive, Apple designer Richard Howarth mentioned the renders and stated that their design allowed for a “much smaller-looking product with a much nicer shape” when compared to another prototype, which is referred to as P2. Howarth also told Ive that the iPhone 4 design “looks old” when compared to the P2, but is more usable. I’m fairly curious about the P2 now; is it the Lumia-esque prototype that TheVerge also found pictures of? It’s possible, considering that it was described as bearing a striking resemblance to the iPod mini, with an extruded design.

It’s hard to mentally picture the iPhone looking more like a Lumia + iPod Mini hybrid than its current (apparently Sony-influenced) design which I really like. They chose a great size and great materials to engineer the phone with that make it feel like a very high-end piece of hardware. 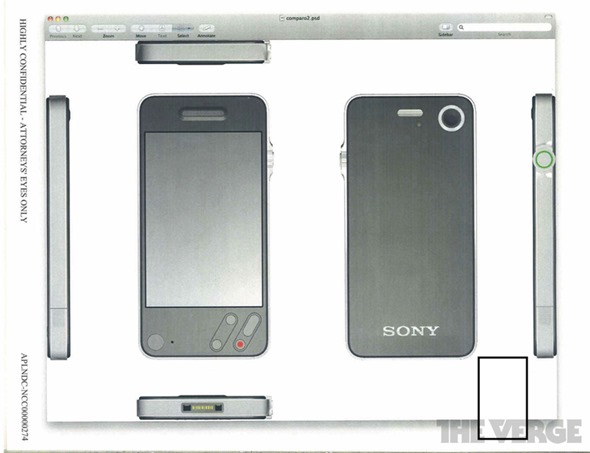 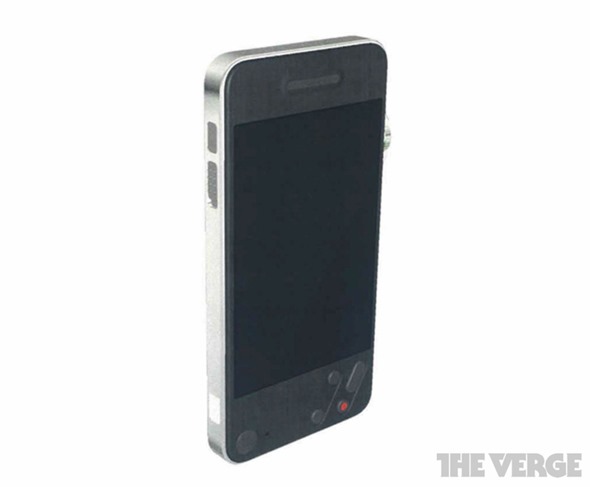 More tidbits and formerly confidential prototypes may surface as the Apple vs. Samsung trial kicks off next Monday, so stay tuned. In addition to what’s covered in this post, we also wrote about even more iPhone and iPad prototypes that have come to light due to the trials, so check those out as well.

Drop your thoughts and views on our Facebook and Google+ pages below!