Here’s What A 7-inch iPad Would Look Like Compared To Its Bigger 9.7 Inch Brother [IMAGE]

Rumors rumors, rumors everywhere. Yes, you got it, yet more rumors doing the rounds and this time they relate to the possible inclusion of a 7.85 inch iPad being released in 2012 to accompany its bigger 9.7 inch brother. This particular rumor is nothing new, and has been doing the rounds for some time now, but it appears that it is growing in credibility. 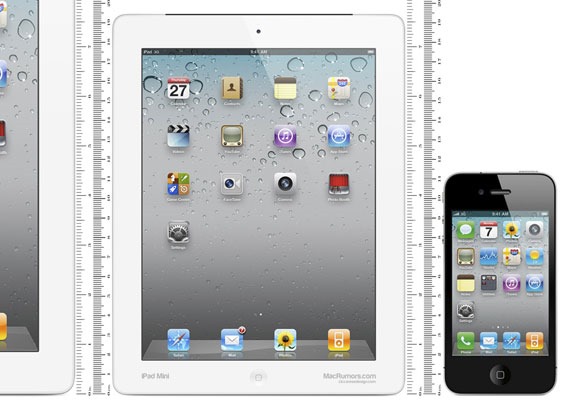 So why would Apple want to mess with their winning formula? After all, the iPad is the most successful tablet, with competitors still attempting to gain traction on the original iPad never mind catching up with the second generation device. Well, if the rumors are to be believed then it would seem that the new Amazon Kindle line of devices may have given the fruit company something to worry about. Although Amazon have yet to release any specific sales figures for individual Kindle models, they have announced that the range sold over three million units in the firs three weeks of sale which has led the company to proclaim it as the most successful product launch they have ever had.

One of the confusing factors is, that as a company Apple have never had history of trying to compete with a device by copying functionality or features. Take the iPhone for example, launched in 2007 and now enjoying its fifth release, it still has the same form and holds true to the layout of buttons and physical controls. Competing manufacturers release newer versions of devices which generally differ entirely from the predecessor. This leaves me a little confused as to what benefit Apple would see in populating the market with a smaller version of the already massively successful iPad, but this rumor has reappeared often enough to warrant merit.

Macrumors have a great post on the subject, which actually features mocked up, downloadable versions of the proposed 7.85 inch iPad to give you a feel of what to expect from such a device. My only personal concern about such a device would be whether or not the reduced size would detract from the user experience with the user interface elements being a lot smaller to fit the new screen size. 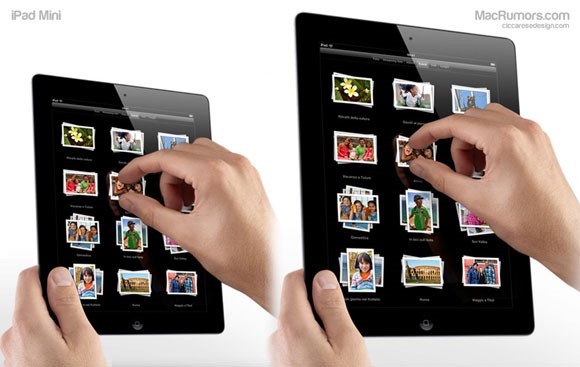 It is also worth pointing out that the late Steve Jobs was very adamant that the company would not be building a seven inch version of the device. In a conference call he is quoted as saying:

We’re not making a 7 inch tablet because we don’t want to hit a lower price point. We believe it is just too small to hit the user experience that people want. When we make decisions, it is not about cost, it’s about value when you factor in the software. We’re all about the best products at aggressive prices.

So has the post Steve Jobs hierarchy had a change of heart and seek a change of direction for the iPad line? It would seem unlikely to me, but the company has been known to change in the past so only time will tell.