A newly published report claims that Apple is planning to release a refreshed iPod touch, as well as the iPod nano and iPod shuffle, with the aforementioned devices due for announcement just four days from now – on July 14.

The claim has been made by French publishing iGen.fr [Google Translate] whose track record in revealing such information has been pretty decent so far. Their sources – though unconfirmed – are reporting the existence of a new iPod touch codenamed “N102”, which will be a significant update this time around with a new 64-bit A-series CPU. Meanwhile, the iPod nano (N31A) and iPod shuffle (N12D) may be given just a touch of new colors that were spotted earlier in iTunes 12.2 – blue, gold, and a new bright pink color. MacRumors however – after digging around in the iTunes resources files – discovered the following colors for the three iPod devices: silver, space gray, red, bright pink, deep blue and light gold. 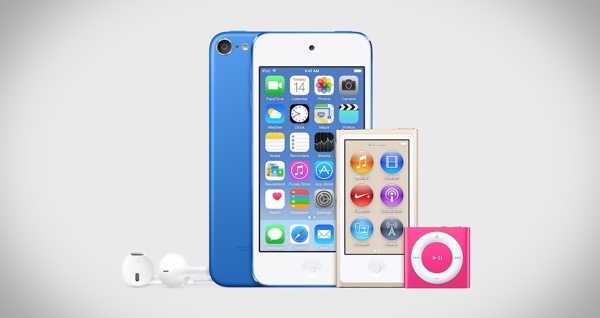 It goes without saying that an increase in the 4-inch display of the  iPod touch is a must to qualify as a significant update, but it is unlikely given that it could affect iPhone sales as well due to lower price point. It will be interesting to see where Apple heads to with the storage options, particularly for the iPod touch, after credible sources have confirmed that the Cupertino camp is bumping up the baseline storage for the entry-level iPhone 6s to 32GB.

The iPod touch received a significant upgrade back in 2012 when the iPhone 5 was announced. It was a giant leap back then, but over the years, Apple’s famed music device has slowly and steadily gone into the zone of oblivion, thanks to the new iPhones and their larger displays that carry more appeal than previous-gen devices. 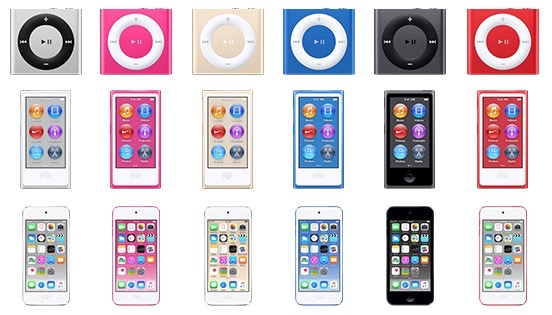 As for the supposed announcement date, looking closely at the image, you will find the display of the iPod touch reading Tuesday the 14th on the Calendar app.

Since iPod touch sales have been increasingly tumbling in the past few years, there were reports that Apple may cease production of its once popular portable media player after Apple killed the iPod classic’s production only recently. Today’s report however brings hope to those who have been patiently waiting for a new iPod touch model. We have less than a week left to find out what Apple’s plans are for its iPod lineup. Hold off from buying any new iPod now and just wait till next week as refreshed iPod models may be on sale soon.