Those of you who are familiar with jailbreaking, rooting or unlocking their smartphone will know that the tools that apply these modifications use an exploit – either in your device’s software or hardware – to get system-level access and allow other applications to do the same.

Modder and recognized developer lyriquidperfection from XDA Developers has released a new tool that can root and unroot all HTC devices in one click using an unspecified universal exploit. Check it out after the jump! 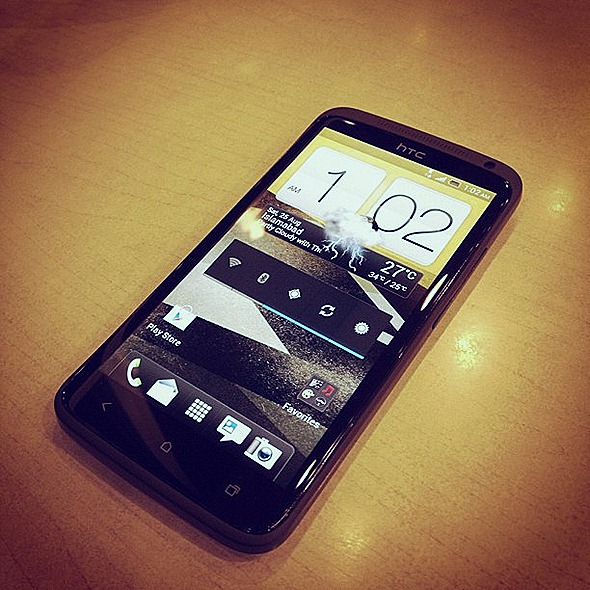 The news comes straight from popular modding and development forum XDA Developers in the form of a thread posted by lyriquidperfection in which they discuss their tool, its features and how to use it.

HTC Quick Root is the name of the tool, and according to the developer it can quickly root and unroot all HTC devices based on Android. Now I’m not sure just how many devices this can root, considering how HTC has been making Android phones since 2008. It is, however, safe to say that it works with the latest crop of HTC’s Android devices, including the One X, One S and One V.

Two root methods are included in the tool: universal exploit or flashing an insecure boot.img file. Universal exploit method works for all HTC devices running stock ROMs that haven’t had their exploit patched yet, while the latter method requires devices to be S-OFF, have ro.secure property set to 0 and not use a patched ADBD binary. The former method of using universal exploit is obviously a much simpler option as it doesn’t require you to go into unnecessary complexities. 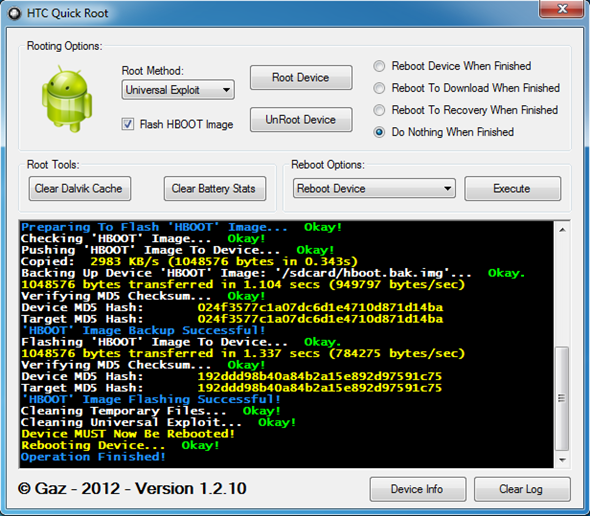 Besides offering one-click root and unroot options, you have the ability to clear battery stats* and Dalvik cache, and the option to reboot to Download Mode / Recovery Mode with a click of a button.

Users are required to install HTC drivers on their PC, turn on USB Debugging, and turn off fastboot on their device before continuing the process.

For more instructions, download links and suggestions for the developer, please visit the official thread over on XDA Developers.

*Clearing battery stats does not impact battery life in any way, as noted by Google Engineer Dianne Hackborn on Google+.