When it comes to the promotion of a new product, manufacturers seem obsessed by the idea of paid celebrity endorsements, but while this has proven problematic on many occasions, HTC has once again drafted in actor Robert Downey Jr. to help with the promotion push of its new One M8 smartphone. The rather humorous ad spot sees Downey talk briefly about how great the device is, before strongly advising – in a little bit of Old English – that you should go out and grab your very own as soon as possible.

It’s a somewhat alternative tactic to what we’ve seen before, but given how main rival Samsung’s advertising budget means that the Korean company’s branding gets just about everywhere, HTC knows it’s going to have to come up with some fresh campaigns if it is to get the attention of the consumer market. 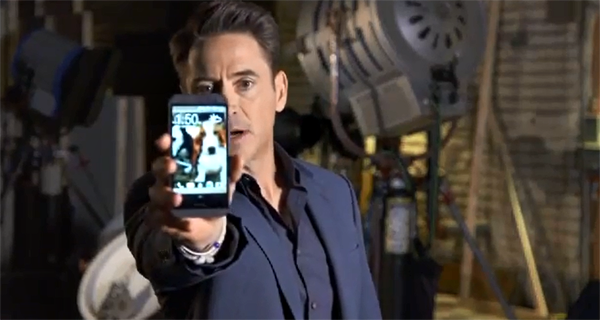 As pointed out by Downey in the short clip, the HTC One M7 was the recipient of the award for best smartphone design 2014 at Mobile World Congress, but while tech commentators were united in their reverence of the aluminum-clad design, the handset still sold considerably less than the Samsung Galaxy S4.

Still, there’s no doubt that last year’s release somewhat derailed the Samsung Galaxy S gravy train, and with the subsequent launch of the Galaxy S5 failing to convince everybody that it can make up for the stuttering sales of its predecessor, there’s definitely a good opportunity for HTC to make up even more ground.

As we’ve seen time and again, though, having what most perceive to be the ‘best’ device is only part of the battle, and unless the Taiwanese company’s ad campaign is right on the money, it will undoubtedly play second fiddle to the Galaxy S5 this year. The new advert starring Downey, who, of course, is famed for his role as Iron Man, is definitely a step in the right direction, and if HTC can get its latest and greatest the kind of exposure required, it may well stake a claim as the king of the Android market in 2014.

Last year’s set of ads featuring the actor may have proven to be ineffective for HTC, but in going back to basics and allowing consumers to be taken in by Downey’s witty and amusing nature, Samsung could well have more than bad reviews to be worrying about.