Android versus iOS is a discussion that people never get tired of. It seems that within every comment board, social network or forum on the internet, there’s a good chance you’ll come across an iOS user trying to convince an Android user to use their platform, or vice versa. It’s clear that users are extremely passionate about their operating system of choice (some more so than others), but for that reason it’s important to show how the latest additions to each platforms stack up against each other. In this case, we’re talking about the new iPad mini 2 with Retina Display, which was rather sneakingly released by Apple this past week.

Apple’s new miniature tablet comes with almost exactly the same specifications as their new iPad Air. A 7.9" screen sporting a resolution of 2048×1536. This resolution boils down to a pixel density of 326 pixels per inch, which happens to be the same as found on the iPhone 5, 5c or 5s. The display isn’t the only upgrade though, the new mini 2 comes fit with Apple’s A7 processor and M7 co-processor to help you power through almost any task you’ll present the tablet with. The new iPad mini from Apple costs $399 for the base model. 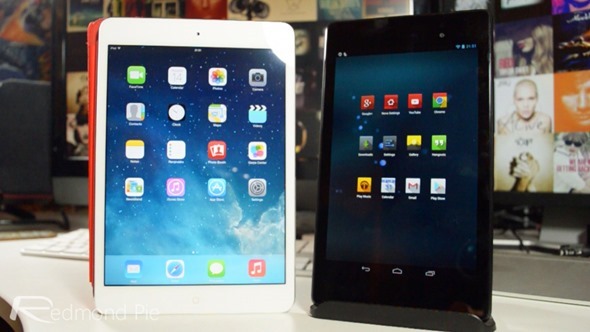 On the other side of the table, we’re comparing the iPad mini 2 to a very worthy opponent. The Nexus 7 saw an extreme refresh in the form of the Nexus 7 (2013), with a 1980×1200 display, and a whole host of further improvements. The new Nexus 7 comes in at just $229 – but does it present $170 less value than the latest iPad mini? Check out the video to find out! 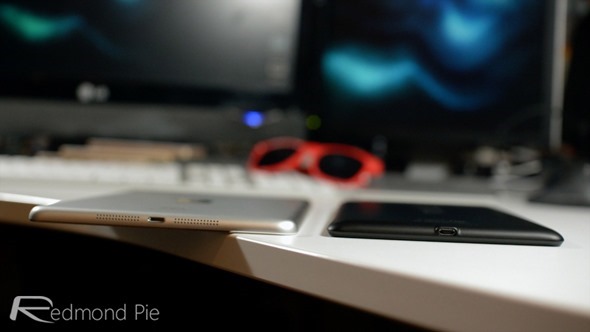 The video comparison below will take you through the main differences between these two tablets, showing size and screen comparison, browser, gaming and boot speed test, and displaying how they generally perform against each other.