Windows 8.1 was an incremental update to Windows 8, Microsoft’s first attempt at creating an operating system that was a balance between desktop computing and tablet experience. The OS, however, gathered rather unfavorable reviews despite Microsoft’s best efforts, and hence, even though Windows 8.1 was nothing too big, it plugged at the right holes and ticked all the right boxes to make Windows 8, or the whole Modern UI, for that matter, an acceptable affair. Along with feature enhancements also came native support for 3D printing, and to reiterate the fact that it does, indeed, support the new wave of future tech, the Redmond giant has announced an official 3D printing app for Windows 8.1.

The app, dubbed 3D Builder, is designed to be beginner friendly, and aims to help the amateur design 3D products provided that they are running Windows 8.1 and have a compatible 3D printer. It boasts a cataloging feature much akin to Office’s Clip Art, and you can expand your collection of available pieces through your own customizations as well. If you ever played the EA title Spore, or the 1-2-3-D Creature app for iPad, the interface would feel immediately home. It’s easy to work with and even easier to get something out of that you can show to the world, again, provided that you have a 3D printer at hand. 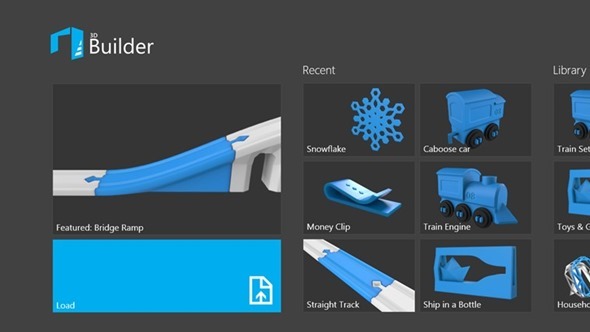 Speaking of 3D printers, Microsoft’s move might make sense, seeing as how the equipment prices have dropped over the last year for consumer grade 3D printers. You can even find retail stores that offer these services now, and even though the market is a niche at the moment, support from popular manufacturers like MakerBot combined with efforts of the likes of Microsoft might become the game changer, making the technology mainstream. The increased exposure to 3D printing thanks to media is also helping, with The Big Bang Theory and Elementary featuring the technology in a couple of their recent episodes. This is the future, and Microsoft is embracing it. 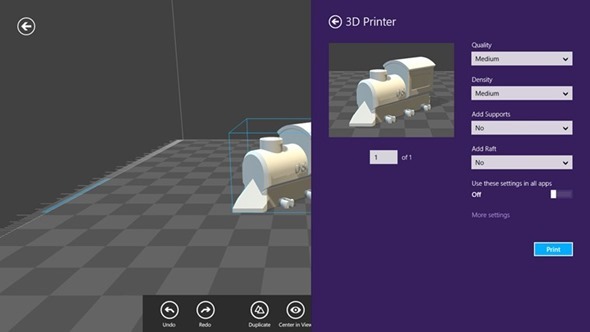 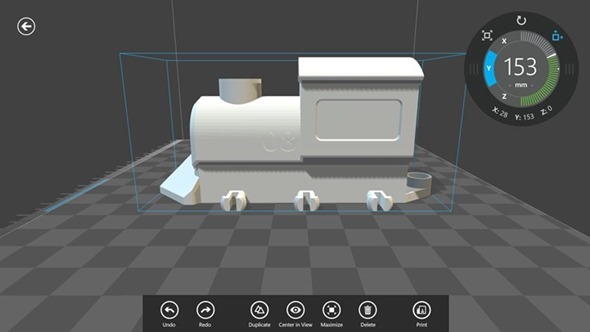 From the company’s own perspective, it didn’t jump onto the smartphone and tablet bandwagon in time, and it paid. There’s only so much that desktop computing alone can do for you, and Microsoft realized that a little too late. This might turn out to be a niche that a head start might help the company, and so, it makes sense that they offer you an app that makes full use of the native 3D printing support that Windows 8.1 offers. Let’s see how the story unfolds in the years to come. 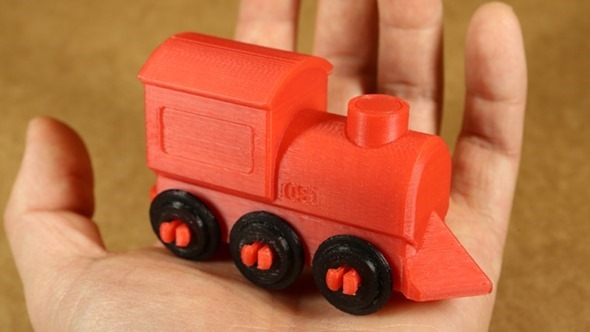 (Download: 3D Builder for Windows on the Windows Store)