Apple has already revealed pretty much everything that we wanted to know about the Apple Watch – different models, pricing structure, etc. – at its Spring Forward event a while back. One thing that has always been elusive however, is the official packaging in which the Cupertino’s new wearable would ship in. If this new leak is anything to go by, then the Apple Watch box is not so elusive anymore.

According to a trio of photos posted on Instagram by a DailyMail employee, we now have a clear look at the retail packaging of the Apple Watch. But that’s not all; we also get to see the packaging of the bands as well, if you happen to purchase one separately. 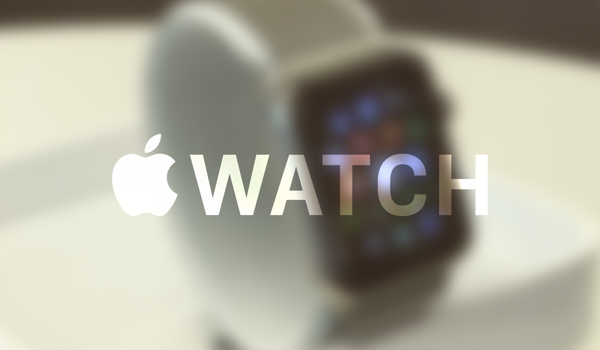 The first two photos we see are of the retail packaging of the 42mm steel variant Apple Watch that comes with a Milanese Loop band. It’s fairly evident that Apple is yet again going with a minimalist packaging design, much like the iPhone and its other lineup of mobile devices. 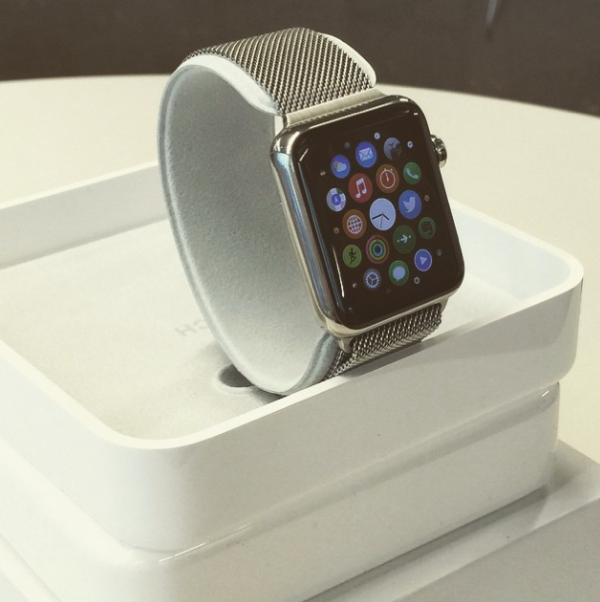 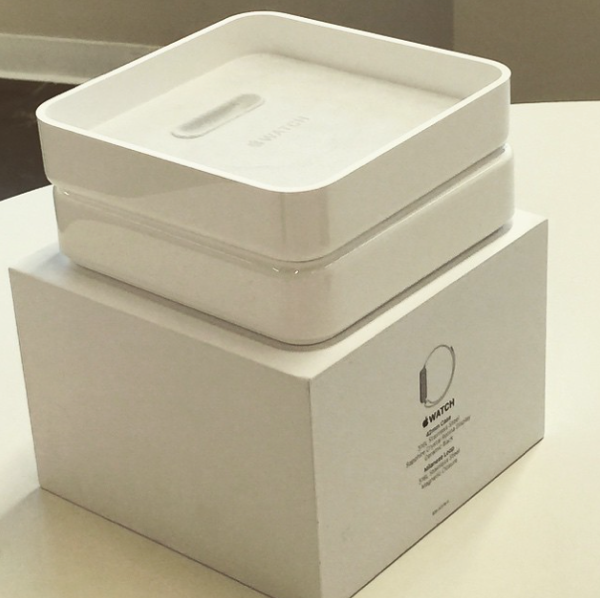 The next – and last – photo below is of the official Apple leather band for Apple Watch, and if you can recall, the box looks surprisingly similar to the one spotted on Apple’s website a while back. But that’s just a hunch, we could be off mark here. 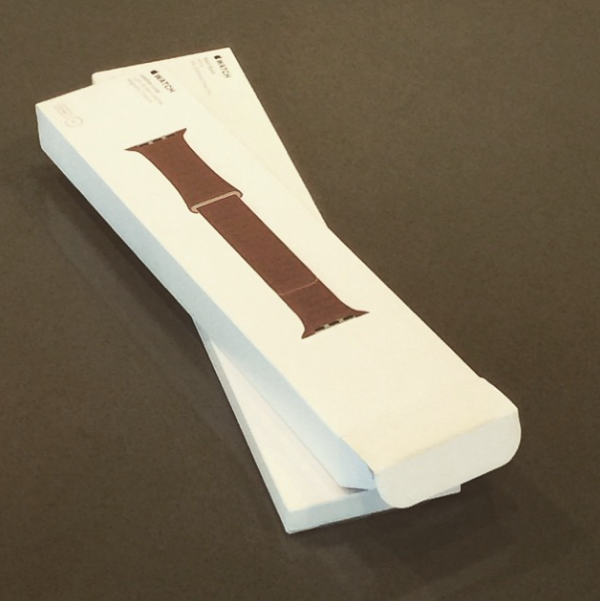 Apart from the photos, we really have nothing else to share right now. Since review units have already being circulated by Apple to different news outlets, there’s every chance that these photos are legit.

The Apple Watch is right around the corner, with pre-orders set to go live this Friday. The hype surrounding Apple’s first ever wearable device is at an all-time high, and it is expected that it would even have its very own ‘iPhone moment’ once it hits retail channels.