For some of us, rising with the sun is second nature and is often filled with energy and enthusiasm. For others, the sound of the alarm in the morning is an alert that we dread as it signifies the time to rise from our slumber. Regardless of the category that you as an individual fall into, it seems there is a very high chance that your early morning routine will involve some kind of native mobile app usage.

A new mobile based research shows us that over 84% of smartphone users interact with an app on their mobile device in the morning. The accumulated data used within the graphic comes directly from SOATSA and has been collected during a survey that involved collecting answers from 2,000 American citizens. As you might expect, the information is broken down into categories that also goes a little deeper than just giving an overall percentage by focusing on the different types of app that we use during a morning routine. 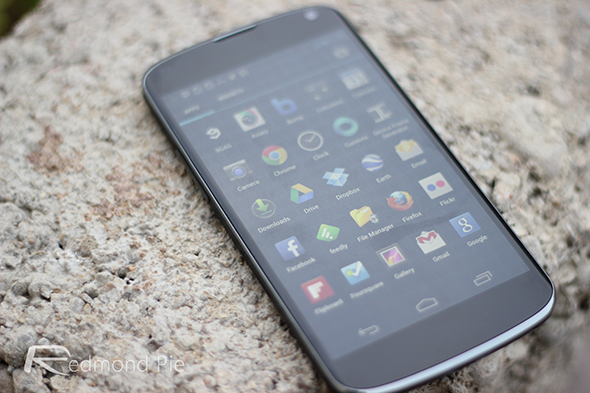 The SOATSA survey involved querying the different app functions that were being utilized in the morning. Opening up and checking any existing or incoming email was by far the most popular function with 67% of users opting for this type of functionality. Checking on the local weather through their favorite weather app of choice is also up there at 45%, with 40% of those surveyed also elaborating on the fact that they access a variety of social media apps before they head out into the daily grind of life.

Checking the local, global and financial news also featured highly in the list of things for smartphone owners to do in the morning. Carrying out a bit of shopping, checking horoscopes and even interacting with romantic dating apps also featured on the list of app types. Regardless of the actual app type, it makes for interesting reading to see that almost 90% of smartphone owners are so engaged in the app ecosystem that it forms one of the earliest parts of their daily routine. 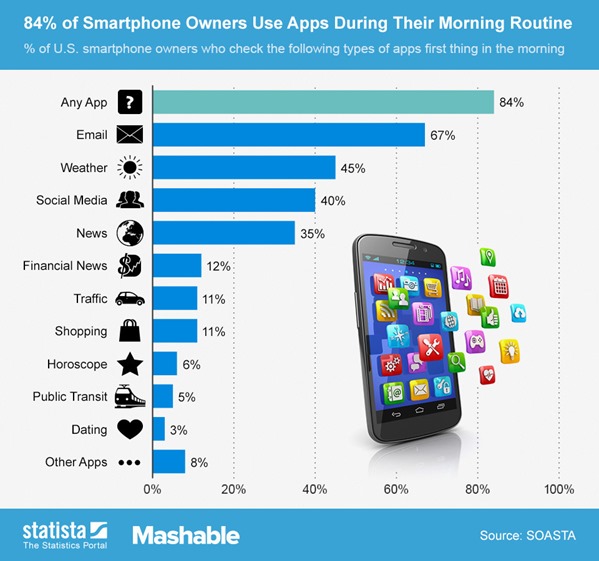 It would be great to take that survey a couple of steps further and be able to actually see the different platforms that make up this percentage. However, it should be extremely encouraging for app developers to learn that consumers are still interacting with their devices on a large scale.