It recently became public knowledge that Google is in the process of building two Android Wear wearables in an attempt to penetrate that growing market, and now, thanks to an information leak, we may have our first glimpse of “Angelfish” and “Swordfish” in the form of a visual render.

It’s worth noting here that this isn’t your usual leak of images that claim to have come from a supply line or people “familiar with the product”. The image here in this case are actual renders of the two Google smartwatches that have been recreated based on “primary source evidence”. 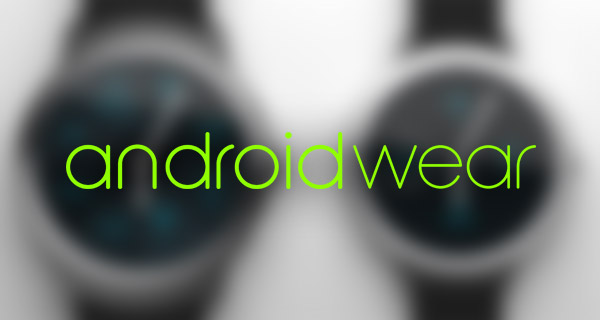 In an attempt to protect the identity of the source sharing the information about Angelfish and Swordfish, the visuals have been recreated in the belief that they “accurately depict the source material”. So, in basic terms, these visuals are unofficial renders based on unofficial source material.

Now, if they do turn out to be accurate, then it looks as though Google is working on two smartwatch devices of different sizes. “Angelfish”, or the device on the left of the image, will be the larger of the two new watches. The hardware will feature a very prominent crown on the right-hand side of the watch body – similar to the Digital Crown on the Apple Watch – and will have two additional buttons, one above and one below.

One of the first things that is instantly visible is the amount of information that appears to be packed into a single watch face by taking advantage of Google’s new customizable faces as part of Android Wear 2.0. This larger device appears to be the chunkier, more robust version of the two.

“Swordfish”, or the smaller of the two new watches, looks to be a lot more understated than its chunky counterpart. The crown is still present on the right side of the watches body, but is a lot smaller and looks a lot more like a crown that you’d find on a standard watch. The bezel around the cylindrical display is a lot thinner, and houses a watch face that is split into quarters and showing information such as the current time, number of unread messages, and presumably how many steps have been taken by the wearer during the current day. Previous speculation has also already suggested that the larger of the two devices will be a standalone offering with built-in LTE and GPS, whereas the smaller watch will come in at a lower price point and require connection to a smartphone. 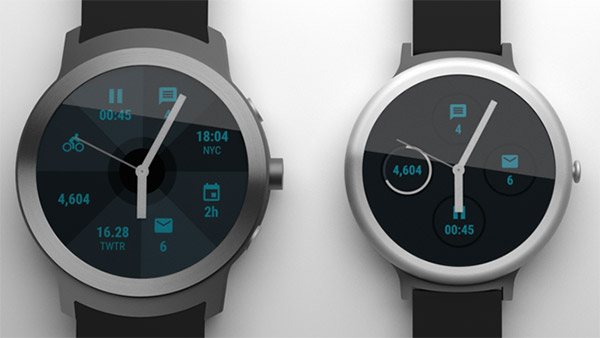 With Google churning out its own Nexus brand with the help of smartphone manufacturers, it is hardly surprising that the company would think along those same lines for it’s Android Wear platform as it matures.

There’s no information currently known about pricing strategies for the two watches, or if they will ship with any Nexus, Google or manufacturer branding. As always, we will bring you more on this as and when it unfolds.