If you’re into your tech news, you’ll be more than aware by now that Google made one or two important announcements yesterday. The event, headed in New York City by the company’s head of Android and Chrome Sundar Pichai, saw a brand new iteration of Android – Android 4.3 Jelly Bean -announced alongside a new streaming peripheral by the name of Chromecast. On top of that, the search giant also added the small matter of a significantly-updated Nexus 7 2013 tablet, which features an improved display, rear camera and faster processor among other niceties. If you happened to have missed any of yesterday’s proceedings or simply would like to relive the event, a video of the entire showpiece is now available to watch online via Google’s very own YouTube.

In the days leading up to the announcement, it was widely assumed that the new Nexus 7 would be on the menu, and given how last year’s Nexus 7 was the first to ship with Android Jelly Bean 4.1 right out of the box, followers of all things tech naturally put two and two together and presumed that Google would also add Android 4.3 to the conversation. Although the hype of the blogosphere often draws false conclusions, this time it was right on the money, with a plethora of Nexus devices, as well as the Google Edition Galaxy S4 and HTC One, also promised imminent support. 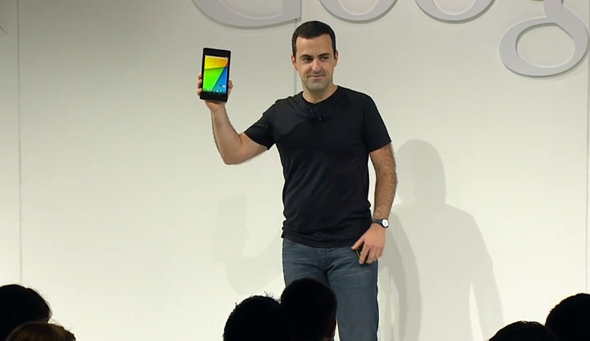 One revelation we were not in anticipation of was the introduction of the Chromecast dongle, a small, USB stick-sized contraption that promises a less restrictive streaming service from mobile devices to HDTVs. Unlike others, which tend to be Android-only or iOS-only, the Mountain View company has assured prospective buyers that devices on both ecosystems are supported, and with a $35 retail price inclusive of a three month Netflix subscription, we don’t anticipate this one as being a particularly hard sell. 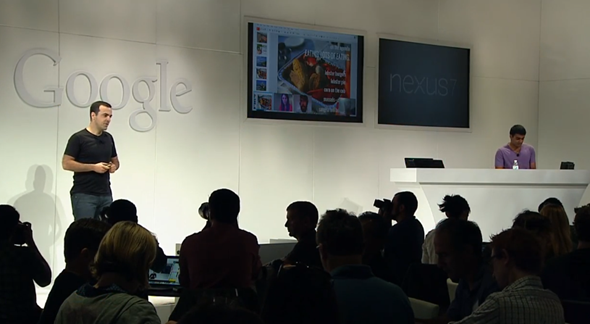 Along with hardware and a new iteration of their famous OS, Google also announced Google Play Games and Play Textbooks.

The event itself was just over an hour long, so while it’s not perhaps as lengthy as some of Google’s more significant announcements, you may want to pour yourself a cup of coffee before sitting comfortably and watching.

You can watch the whole thing via the embedded video we have added below, and do be sure to leave your comments via those usual mediums below.