With the Hack In The Box Security Conference (HITBSecConf) behind us and the developer community looking forward to the announcements which Apple have to make at their Worldwide Developers Conference next week, it seems that the iPhone Dev Team have come to the conclusion that the time is right to give the jailbreak community a little pre-WWDC gift. Historically speaking, MuscleNerd and his compatriots are a team that just keep on giving, with this instance being no different, after taking to Twitter to announce that all of their software packages have been updated with the latest Rocky Racoon jailbreak 5.1.1 untether.

Jailbreakers around the world have been able to liberate their iOS devices running the 5.1.1 firmware thanks to Absinthe 2.0, developed and released by the Jailbreak Dream Team ten days ago. Considering that jailbreaking is all about freedom and the ability to choose, the updates to Redsn0w, PwnageTool, cinject and Ultrasn0w come at the perfect time, allowing great choice for those 5.1.1 owners who are yet to liberate their device. Although Absinthe is an excellent one-click solution, Redsn0w will also have its place in the heart of a lot of hardcore jailbreakers, with a number of people waiting for Rocky Racoon support to be added to the tool. According to the official Dev Team blog, the software packages have had the following updates applied to them:

Some users may be aware that the cinject command line interface tool has previously had Rocky Racoon support with version 0.5.3, which is correct. This latest version of the CLI has been updated with some additional options. Before people go all excited about it, the latest release of the Ultrasn0w software unlocking package only brings iOS 5.1.1 support and doesn’t offer any additional baseband unlocks from the previous version. 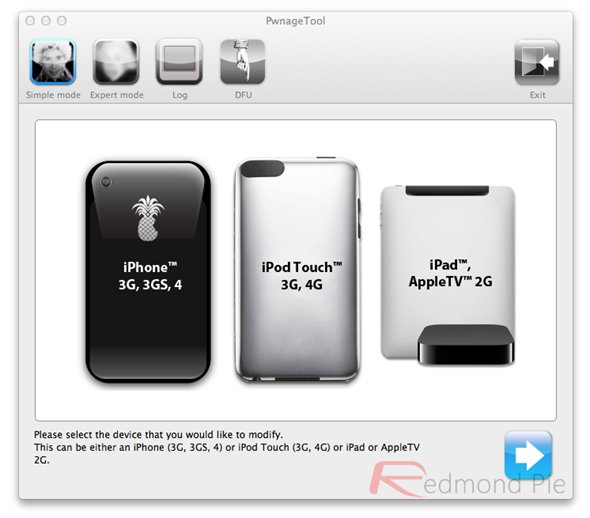 Updates to Redsn0w include support for saving SAM tickets as part of the initial ramdisk jailbreak, but this feature only applies to generational devices that are powered by the A4 chipset, or earlier models. The PwnageTool software removes the synchronization issues that some users have reported with the use of Absinthe 2.0, but once again this only applies to A4 and earlier devices. The iPhone Dev Team blog post that is dedicated to this announcement includes a great deal of technical information about the updates as well as reaffirming that jailbreaking is indeed about freedom of choice.

If you are already jailbroken using Absinthe v2, you really don’t need to bother with any of the above updates.