When it comes to having a good time and enjoying a challenging quiz game, which company do you immediately think of? Google? Apple? Adobe? Of course not, you immediately produce visions of Microsoft. Well, maybe not. However, in all seriousness, the software maker has shown its intentions to have a little fun by following up its recent release of a real-time quiz app for Android by pushing out QuizToWin on the iOS App Store.

So just what exactly is QuizToWin? According to Microsoft the mobile offering is a “real-time Quiz Application that can be plated on-line independent of the physical location with questions launched from a central CRM system”. I guess that clears that up.

Microsoft isn’t exactly known the world over for being the most joyous and care-free of companies, but it’s immediately evident that quite a lot of work and thought has gone into producing this quizzing platform. 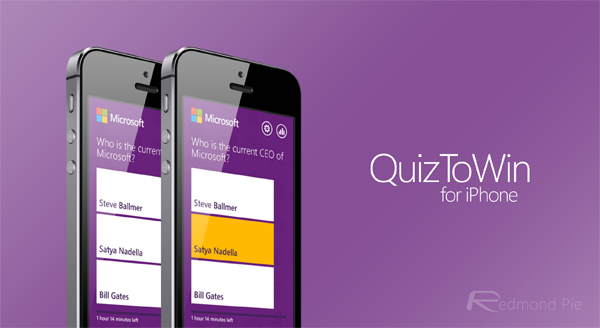 Those involved in one of the quizzes can follow the questions in real-time as they are being constantly retrieved and loaded from a remote content management system. Gamers not only have immediate access to their own current high score, but can also view a global leaderboard that is constantly kept synchronized. Microsoft is also offering the ability for players to view and interact with a friends only leaderboard. 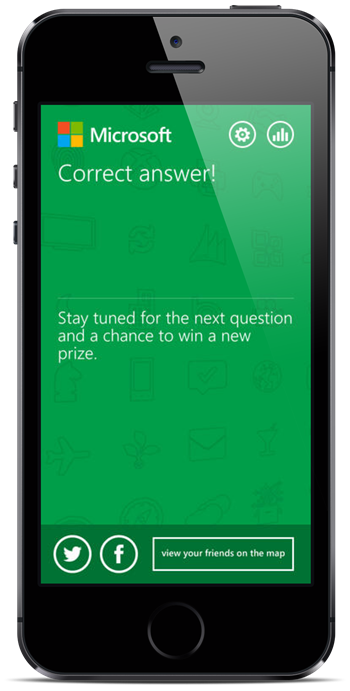 QuizToWin is built and released with a push notification system that keeps users up to date with latest events and the release of new quiz questions. And yes, like any decent app these days, it also has social network integration in the form of Facebook and Twitter. Players can opt to share their score at the end of a game on either of the two aforementioned social networks. 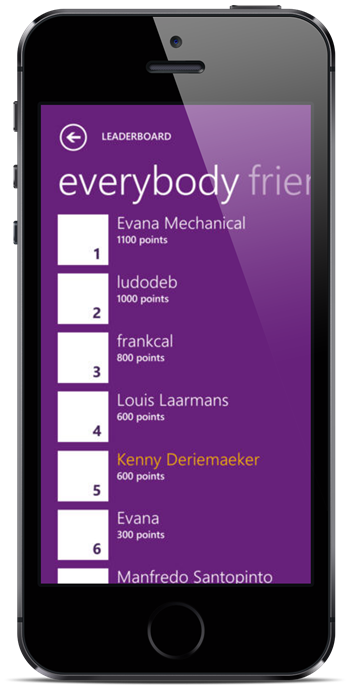 In addition to those features there is also a very nice map based option that lets gamers view the location of their friends and see immediately where they were playing from. With its ability to deliver questions constantly in real-time and its stylish Metro / Modern design, QuizToWin is sure to be a well used app on the App Store. Even if has been released by a company who we wouldn’t normally associate with this sort of thing.