HTC may only recently have taken the wraps off the new flagship One M8, but has wasted no time in announcing a slightly more compact, cheaper option for those not seeking anything too grandiose. With that said, the HTC One mini 2 is certainly no walkover, offering a 4.5-inch HD Display, Snapdragon 400 SoC and a 13-megapixel rear-facing shooter, amongst several other treats. Full details, as ever, can be seen after the break.

It’s seen as a given, now, that whenever a vendor releases a major new smartphone, consumers should expect a bunch of spin-off devices to follow shortly thereafter. Samsung has already done this by announcing the camera-centric Galaxy K (Zoom) a short while back, and as we continue to await news on the Galaxy S5 Mini, which remains somewhat elusive, the Taiwanese OEM has beaten its South Korean rival to the draw by showcasing the HTC One mini 2. 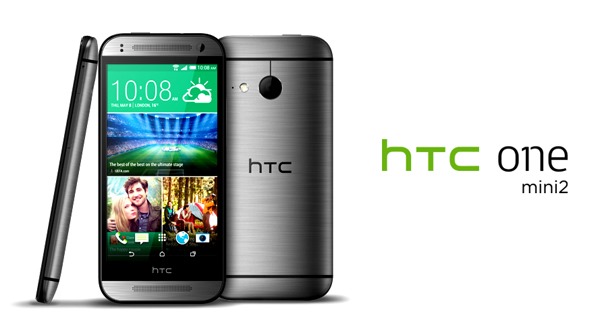 These ‘mini’ devices have been offered for quite a while, particularly by Samsung, but in more recent times, we’ve seen other manufacturers jump on board. As these less spec-heavy handsets have become more popular, there’s also been a notable increase in the standard of internal hardware, and as such, the One mini 2 is actually a pretty solid smartphone.

Sure, with a 1.2 GHz Snapdragon 400 processor and a mere one gig of RAM, it’s not what you would class as high-end. But by the same token, it’s not exactly mid-range either, and if you’re on the hunt for a good all-round smartphone that provides enough power for day-to-day email, app use and some casual gaming on the side, the HTC One mini 2 looks a very decent package indeed. 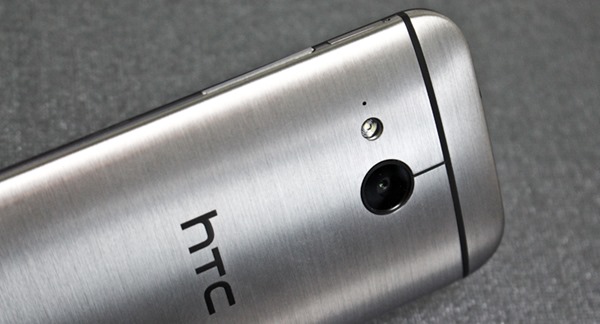 The device will be available from next month in Europe, Asia and the Middle East, and whilst we expect it to launch in North America at some point, HTC has yet to disclose these details.

As well as the HD display and 13-megapixel snapper, you also get a 5-megapixel front-facing camera, NFC, 4G LTE and a 2,100mAh battery. 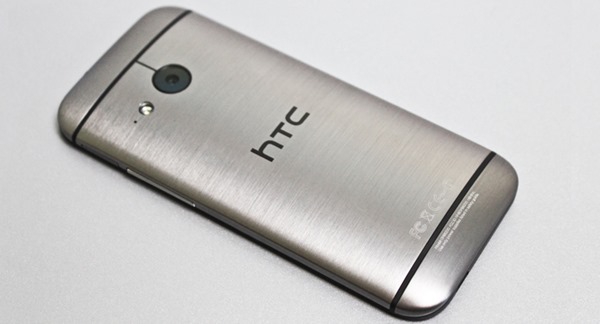 Oh, and in case you were wondering: yes, the HTC One mini is clad in the same slick metallic finish of its larger cousin, and also, offers the same silver, gold and gray color options. 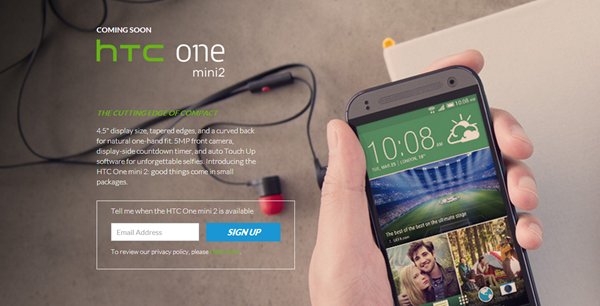