Apple’s new iPhone launches always prompt those die-hard fans into camping and queuing for ungodly periods of time outside those iconic retail stores, and with the iPhone 5s being touted by many as the most significant such launch for many a year, it’s unsurprising that queuing has been running pretty much all week. What’s more, one London-based student – first in line to grab the new device at the Regent Street branch – is actually looking to sell his spot in line for up to £1000.

It’s a savvy little bit of enterprise from one Gad Harari, 17, and with students renowned for being hard-up as they become inundated with tuition fees, this could be a real money-spinner. 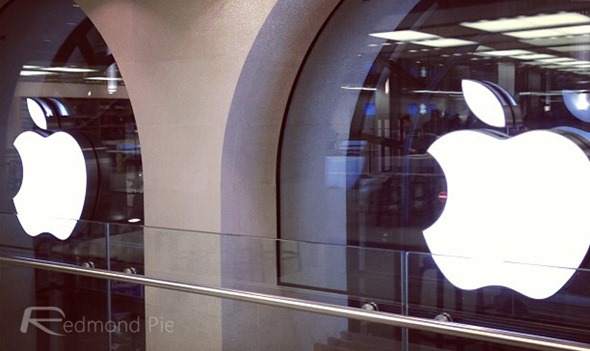 Grand Theft Auto 5’s launch a couple of days back reminded us that, in actual fact, consumers do go crazy for other products besides the iPhone. But whether you love or loathe the Cupertino company’s most recognized asset, it certainly seems to get more attention than any other device, and when it comes to getting hold of it first, fans of the iPhone seem willing to do just about anything short of selling a kidney in order to do so. 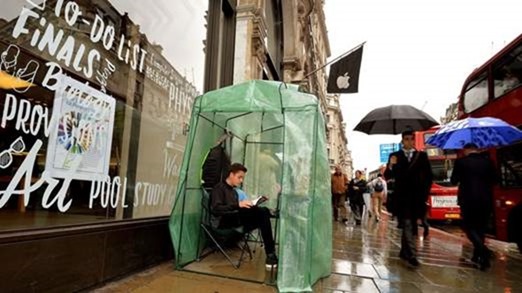 The iPhone 5s features a fingerprint sensor, and although there are plenty of other intriguing features and upgrades besides, it is Touch ID that has garnered the most interest. Replacing the omni-present Home button, it allows a user to unlock a device simply by placing their finger upon it, and from what we’ve seen so far in the video reviews, it works very smoothly indeed. As well as unlocking, an iPhone 5s user can also take advantage of Touch ID’s authentication prowess for making purchases on the App Store, and with security being such a key issue on mobile devices, this will surely sit well with the general population. 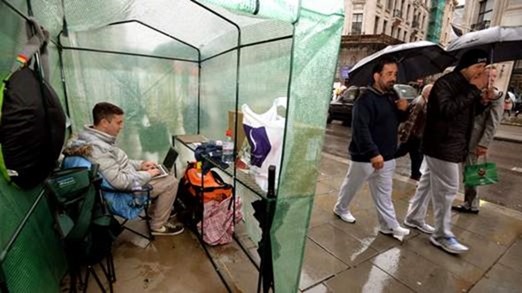 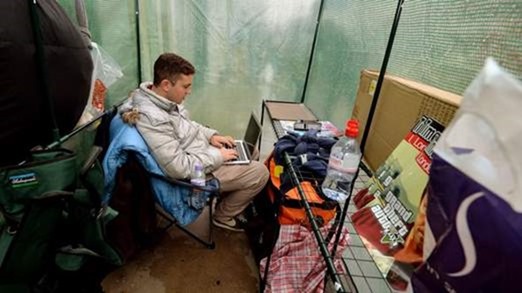 Still, while the idea of James Bond-like features is evidently still in vogue, the iPhone 5s is a beast, with a 64-bit A7 processor delivering significantly enhanced general performance. Allied to the M7 coprocessor, you have a device built to withstand just about anything thrown at it, and with the camera having also been significantly improved, it’s not hard to see why people are queuing so early.

With that said, we’d hazard that four days is a little too long to wait for a digital device, wouldn’t you agree?