Every so often an application comes along and drops into the App Store which catches our eye for one reason or another. It could be for a number of reasons, sometimes the app is unique and the first of its kind, sometimes it contains a beautiful user interface and sometimes it’s just because it is plain cheeky. 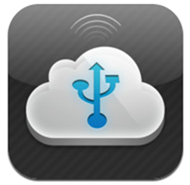 Not so long ago we covered an application from developer Chris Simpson who some may know from his work producing software and tweaks for jailbroken devices. His venture into the main stream development world produced an application known as ‘QuasiDisk’ which is a simple file manager and viewer allowing user to take their files, photos and other media with them. The application stood out because of its iCloud integration, being only one of a few applications which took complete advantage of that iOS 5 feature.

It seems that Simpson has decided to not only update QuasiDisk to version 1.1, but he has also thrown in a little Easter Egg treat for his keen eyed users. As the video shows, the latest version, which incidentally has been approved by Apple and is live in the App Store now, has a hidden feature giving it the ability to tether 3G internet. 3G tethering is something which a lot of fuss has been made about recently, with a lot of the major networks around the world choosing to charge an additional fee if customers tether their data connection to an iPad or a Mac.

So how do you go about using the 3G tethering on QuasiDisk? Chris has uploaded the video shown at the end of this article, but it is relatively simple to do. Once QuasiDisk is launched, start the built-in FTP server, making sure to set it to port 5100. Connect it adhoc to the computer you wish to share your data connection with and add SOCKS or HTTP proxy settings to the computer on ports 5050 for SOCKS and 6666 for HTTP proxy. Tethering should now be enabled.

I’m not sure about the rest of you, but I love it when developers include a hidden feature in their applications, and it is an added bonus when that feature is something so useful. I am not entirely sure how long it will be before Apple get wind of this fact and pull QuasiDisk from the App Store, so make sure you go get it now while it is available.

Thanks Chris for the hat tip!