It seems that Qualcomm’s penetration of the smartwatch space is a lot more imminent than most of us first thought. The semiconductor company with operations all over the world has today released an official statement outlining an intention to launch their Toq smartwatch on Monday, December 2nd, just in time for the holiday shopping season. The arrival of the Toq follows hot on the heels of Pebble’s recent announcement and improvements to their developer facing APIs and adds further complexity and depth to a market that is becoming increasingly competitive.

Qualcomm will be better known to most of us as the semiconductor company that supplies advanced processors to the majority of the smartphone industry. That part of the company will obviously still continue to grow and thrive as smartphones become more powerful, but Qualcomm will also be concentrating on their own consumer facing products with the intention being to sell the Toq smartwatch directly from their own dedicated website. It seems that they intend to run with this one on a solo basis as no retail partners or official third-party re-sellers have been announced. 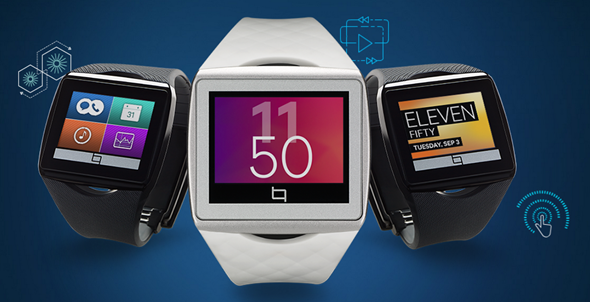 The wearable itself will feature Qualcomm’s own Mirasol display technology that negates the need for a traditional backlit LCD display and instead uses the natural light around it. Qualcomm engineers state that this integrated technology will not only allow the display to be visible from pretty much any angle but should also dramatically increase the battery life due to its utilization of the environment as a light source. In addition to the unique display technology, the Toq is also designed with an innovative engineering approach that features no physical hardware buttons or input ports whatsoever. 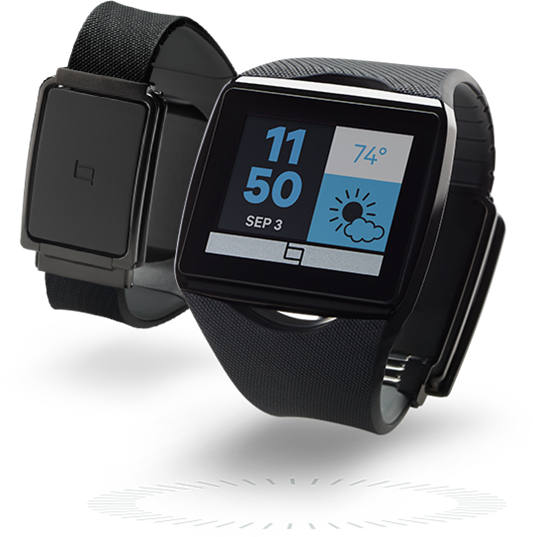 One of the big appeals of Qualcomm’s wearable will be the integration of wireless charging. The wireless theme is also carried out across other aspects of the hardware, with Qualcomm offering wireless Toq headsets that will be perfect for music playback controlled directly from the user’s wrist. The same charger will be used for both the smartwatch and any separately purchased Toq headsets. When the watch actually goes live it will seamlessly integrate with Android powered devices via Bluetooth with testers already waxing lyrical about the responsive nature of the Toq’s interface.

The Toq will be available directly from Qualcomm on Monday, December 2nd for $349.99. For more details point your browser to: toq.qualcomm.com