The Pushbullet app, which has been around for Android users for quite a while, has gained full support for iPhone, iPad, and is now also available for Mac and Safari. Head on over after the jump for more on this release.

In a major update – or improvement – to Pushbullet for iOS, the developers have optimized the app for the new iPhone 6 and iPhone 6 Plus, and ‘pushed’ in the use of sharing extensions on iOS 8, thanks to Apple slightly opening up the platform to third-parties, which now allows users to push photos, links, texts and more from inside a supported app. Support for batch sharing files, including photos, is also part of the update to the app. 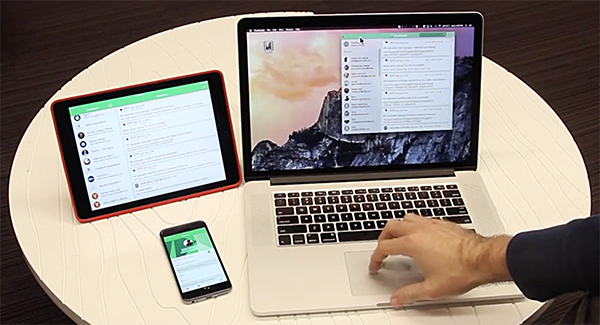 With an app already existing for iOS, what’s with the release for iPad? As you might’ve guessed, the tablet version of the app is meant to make use of the larger screen real estate offered by the iPad, and the new and improved UI looks even better on a larger display. 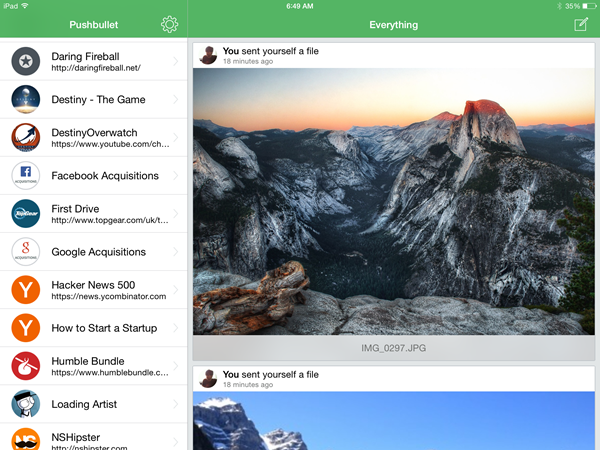 Now comes the best part, that is mirroring your iOS notifications on your Mac. With the release of the Mac app, users can not just push or receive shared content, but can configure their iOS device to mirror all notifications on their Mac as well. This allows users to keep track of what’s happening on their iPhone or iPad from the comfort of their Mac. The app, even when closed, can be used via a menu icon, which allows you to view and push content to your iOS device. 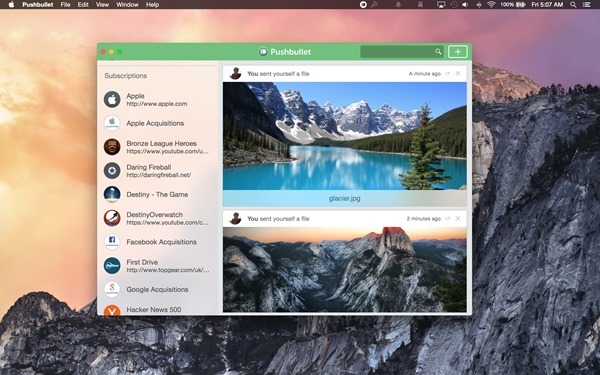 The developers have also launched a Safari browser extension for all Mac users, which works exactly like its Opera or Chrome counterpart, where users can send links to their phones or tablets by clicking on the extension icon in the browser, or right-clicking a link or page to push it to your device. 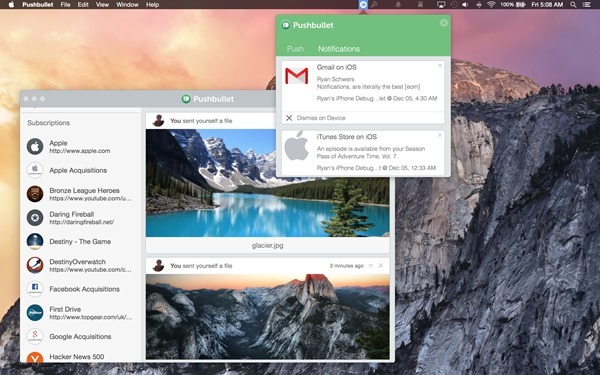 Both Mac and iOS versions of the app are available for free akin to the Windows and Android apps, and the download links to both, can be found below.

Though Pushbullet is a feature-rich offering, there’s an alternative which you should also try out, and we featured it here a while back, going by the name of Notifyr. The app is available for iPhone users only, but does one thing and does it very well; push all your smartphone notifications to your Mac.