Ever since the release of OS X Mountain Lion 10.8, Apple has been actively drafting in certain iOS features to its desktop software, and although we’re still quite a way off a completely unified OS, this appears to be the direction that the Cupertino outfit is headed. Even though it’s both useful and infinitely convenient to have the likes of iMessage available at desktop level, a new iOS app called Notifyr shows that this amalgamation of platforms can be taken even further by pushing any and all iOS notifications to the desktop.

Whenever we’re engaged with our desktop machines or notebooks, our smartphones and tablets are never far away, and while, as aforementioned, one can deal with iMessages without having to divert attention away from a Mac, we must still keep an eye on our mobile devices for other updates of significance. 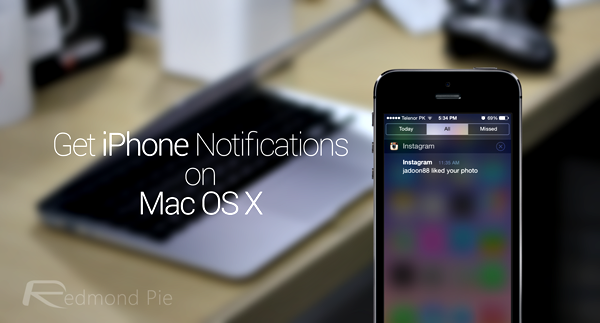 Thanks to Notifyr, which costs $3.99, you can set OS X to show notifications of any iOS app. Once you’ve set up device syncing via the Mac companion app, you’re then able to tailor the experience depending on which apps you wish to see on your desktop Notification Center. So if, for example, you want Notifyr to push WhatsApp notifications but not those of Twitter, you can use the simple check-box interface to tweak the experience accordingly, muting Twitter, and once you’re set up, you hopefully won’t need to keep checking your device so obsessively. 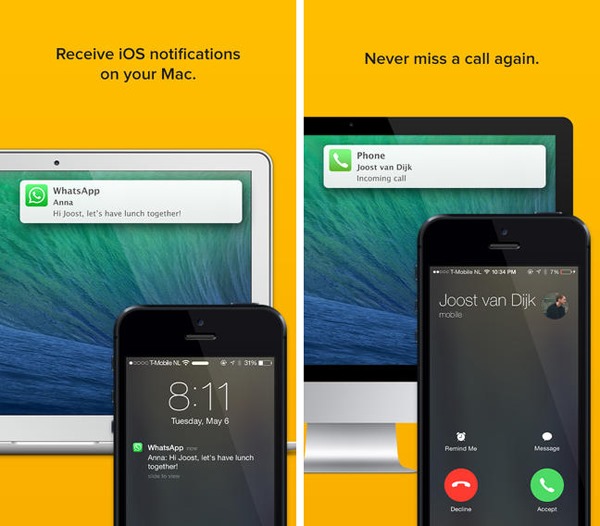 In order to take advantage of Notifyr, you will need a device and machine capable of transmitting via Bluetooth LE since this is the elected connectivity method of the app. If you have an iPhone 4s or newer, then you’re covered from that aspect, and you’ll require at oldest a 2011 MacBook Air / Mac mini, a 2012 MacBook Pro / iMac, or one of the new trash-can Mac Pros released late last year. 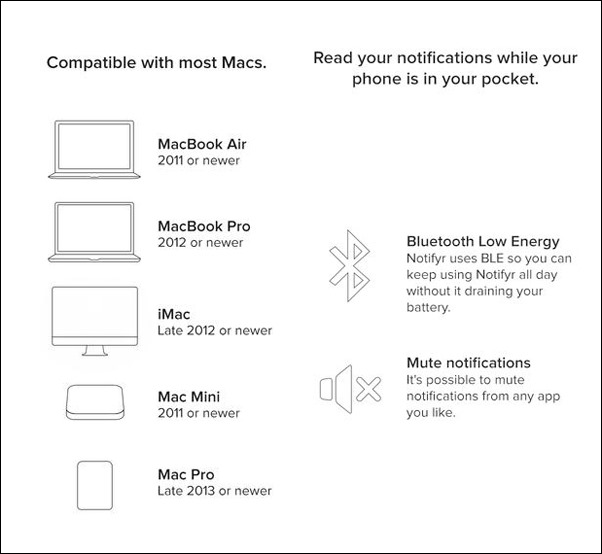 You’ll also need both the iOS and OS X apps in order to get up and running, so be sure to check them out via the links below. The iOS application costs the $3.99 fee, whilst the corresponding Mac app is free of charge.