We’ve all been in the predicament whereby we’re so consumed by work at our desktops that we forget to charge our mobile devices, and when the time to leave just seems to creep up on us, we’re left cursing the fact that we’ll have to spend the remainder of the day rationing those precious last few droplets of juice. But while a battery alert is easy enough to miss or ignore when we’re frantically trying to keep atop our email inboxes or compose documents, desktop notifications are a little harder to shake off. With this in mind, iBetterCharge seeks to ensure that we don’t leave our iPhone or iPad bereft of battery by pushing alerts straight to the OS X Notification Center, and not only does the app presents itself as a novel idea, but it’s also executed to perfection.

What I particularly like about iBetterCharge is that it is both customizable and flexible. You can hook up a multitude of devices to one Mac, and even set the increments to which you would like to be notified. 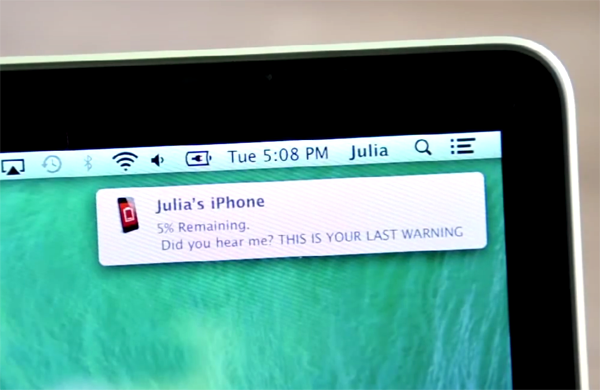 So if, as is probably the case for most folks, your iPhone is the focal point of your digital world, you may wish to be notified earlier on – say, when it drops below 50% – thus ensuring that when you are out and about, you’ve enough battery to keep Flappy Bird afloat.

As well as letting you know when you’ve half of your battery left, you can also apply warnings at 20%, 10%  or 5% with optional distractions ranging from pop-out banner, an audible jingle or even just an animated menu icon,

It’s completely up to you how you set up each device, and since you can readily silence notifications at the drop of a hat, it won’t be so distracting that you’re put off whatever task is at hand on your Mac. 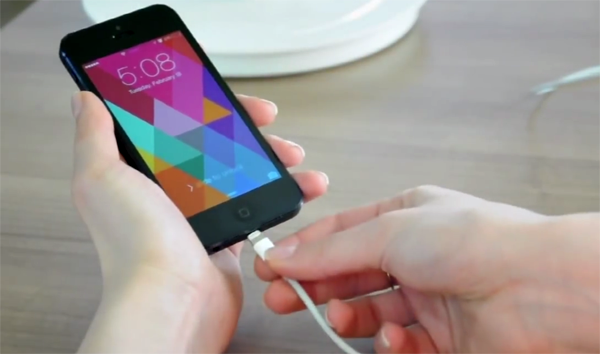 For such a useful, functional app, you would expect to pay at least a small fee, but we’re pleased to report that iBetterCharge is absolutely free of charge. Grab it by from this link: softorino.com/ibettercharge, and hopefully, your iPhone or iPad won’t ever be leaving the house without a substantial level of battery.

iBetterCharge is available for both OS X and Windows.