The Polaroid camera may be extinct, but lately the trend has begun reappearing though, with considerably newer digital tech. One French startup is looking into launching a smartphone compatible Polaroid-styled printer, which also doubles up as a rather bulky phone case. Head on after the jump for further details on the product.

Prynt, as the company is calling it, was once seen back in November when it was unveiled to the public. However, the project has now gone live as a crowd-funded campaign on the popular Kickstarter platform, where the contraption has already amassed over $272,000 – at the time of writing – of the aimed $50,000, with 34 days still to go in the campaign. 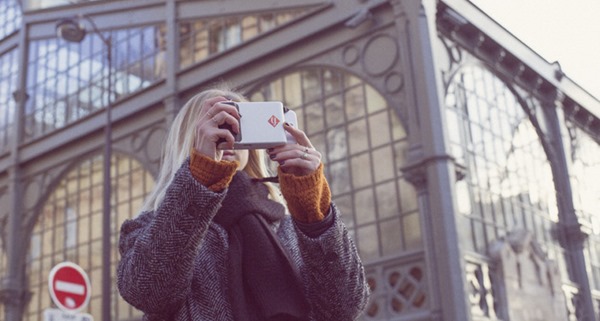 Moving on to how Prynt works, it’s pretty simple; plug your phone into the Prynt case, take a picture and voila! Watch the photo print in under thirty seconds. Of course, all of this will be possible via the Prynt app which according to the team, should be released this summer. The word ‘app’ here raises the obvious OS platform question, and many would be excited to hear that the Prynt case is compatible with iPhone 5 / 5c / 5s / 6 and Samsung Galaxy S4 and S5. 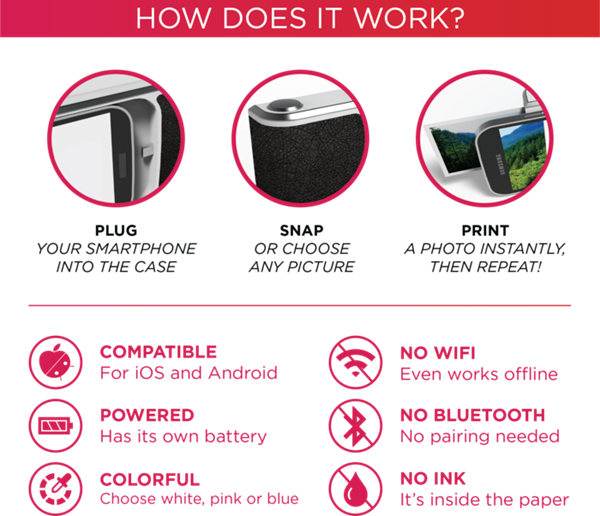 Prynt is able to achieve this through its modular design, which allows for various phones to be fit into the case. “The part of the case that contains the dock can be easily changed based on the phone model. That means if you upgrade or change phones, you don’t need a whole new Prynt Case, just order a new dock adapter from us and keep printing.” As for the printing sheets, the case is able to hold 10 of them and more can be ordered via the Prynt app for iOS and Android. 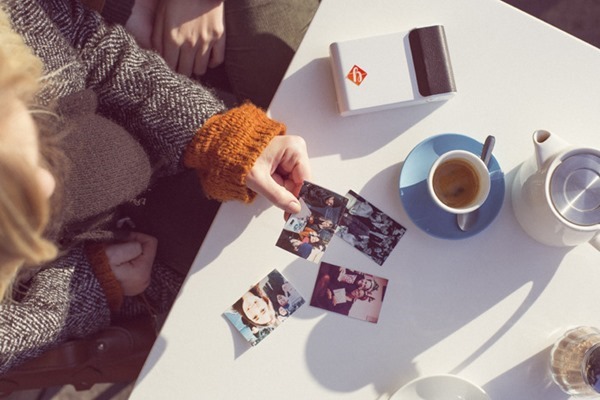 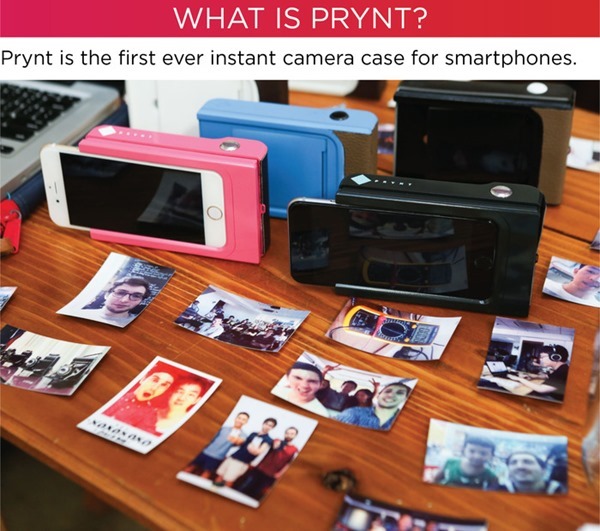 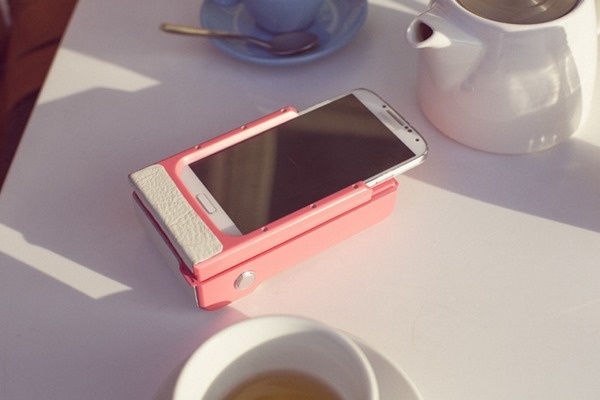 Prynt is well aware of style being an issue for many, saying that they “worked hard to design a beautiful object you’ll love to carry. We think our pink, blue and white models are gorgeous and the matching (animal-friendly) leather grips are quite chic.” With deliveries estimated to begin shipping out somewhere in August this year, you can sign up for one for a mere $49 which also includes 10 sheets of printing paper and free shipping. However, once the gadget hits the market, you could be be looking at a handsome retail tag of $99.