It would appear that while the original Polaroid instant camera is long gone, the idea of being able to instantly print a physical copy of your photos is one that still appeals or, at least, that’s what the people behind Prynt will be hoping.

Coming out of a small French startup and the fruit of nearly a year’s design process, the Prynt photo printing case is an interesting idea indeed. Designed to marry with your smartphone and then print the photos that it takes almost instantly, the Prynt will apparently cost less than $100 when it is made available via Kickstarter early next year. Having spent much of the time since the beginning of 2014 speaking to Chinese manufacturers, the Prynt team thinks it’s on to something and aims to reduce the current almost minute-long printing process to just 30 seconds. Not quite instant, but close enough. 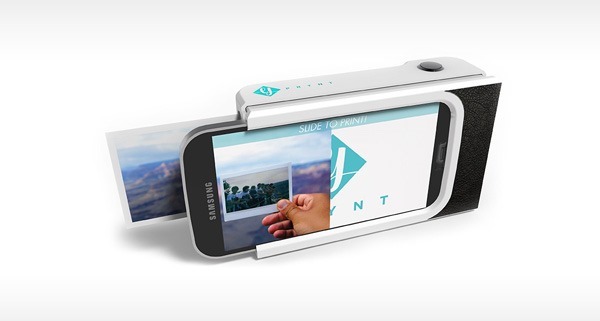 Prototypes that are being shown off currently connect via Bluetooth, but Prynt will eventually connect to smartphones via hardware, which will help speed up that printing process. Speaking of printing, the photos will be made into reality thanks to the built-in printer that can heat pre-filled ink paper. We’ve not seen one ourselves, but we’re told the output is not to be sniffed at.

The Prynt is more than a printer though. Once a photo has been printed, users can point their phone at the resulting print and have the app play back video that was captured either side of the shutter being pressed. It’s kind of like augmented reality mixed with Snapchat, and will either be brilliant or a feature that nobody ever uses. Time will only tell which one of those it will be. 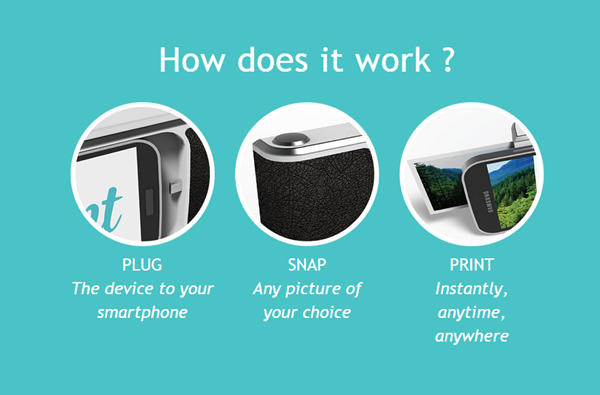 The Prynt will support phones with screen sizes of 4.x-inches, though an adapter is in the works for mammoth devices like the Galaxy Note and iPhone 6 Plus.

Hopefully tablets won’t be included in that final compatibility list!

The Prynt hardware will be compatible with both iPhone and Android smartphones, but there’s no word on Windows Phone, as usual. Whenever the project hits the market shelves, we’ll definitely let our readers know about it.

After all, it’s one of those things which gets us excited too!

If you want to learn more about the project, then simply point your browser to: pryntcases.com