Proclivity Is A New Cydia Alternative Package Manager, Here’s How To Install Now

We recently caught a glimpse of iMods, a purported alternative option to the long-standing Cydia jailbreak portal, and now, a similarly-inclined tool has emerged from the ether. While not strictly a competitor to the famed Cydia, it touts itself as a package management app, and is designed to make it easier for users to update, install and generally keep track of their tweaks.

There’s no doubting Cydia’s status as the go-to app for jailbreakers, but there’s certainly no harm in these efforts to enhance the jailbroken iPhone, iPad and iPod touch experience. Proclivity, developed by Alpharize, is all about increasing general speed and fluidity, allowing users to install packages in a seamless manner as they would App Store apps, and because it harbors the ability to download packages in the background, you won’t be having to sit around waiting for stuff to happen. 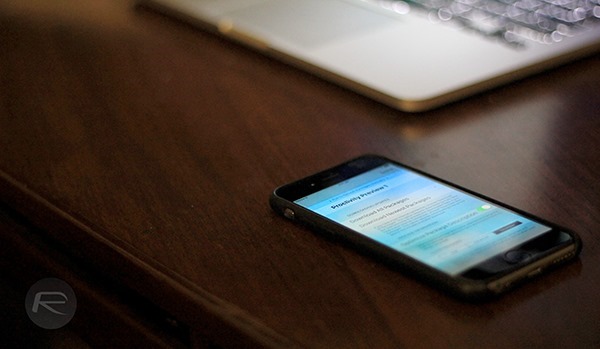 That’s the one thing that has always been an issue with Cydia. When downloading packages, you essentially have to watch the kettle boil, and this is where Proclivity earns its stripes. Not only does it offer background refresh, but it’s also fully supportive of the Cydia store, so when you login using your ID and password, you can go ahead and install / manage packages you’ve already purchased before.

You can add custom sources at will, meaning there are no limits on the tweaks you can download nor where you opt to download them from, and just to underline the seamlessness, "Proclivity-Load" offers a rather unique feature in that it lets you run new packages without the need to restart the SpringBoard. Obviously, most jailbreakers are accustomed to respringing after the installation of almost any tweak, but Proclivity operates in such a way that you needn’t do so. 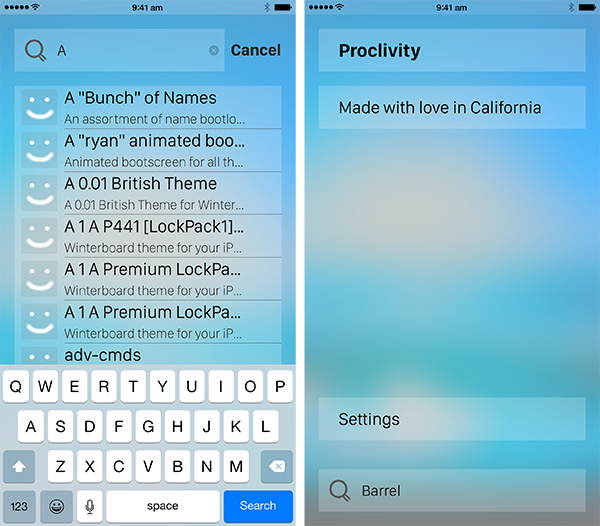 As you can see from the screenshots, it’s rather easy on the eye, as well, and while it’s certainly no Cydia replacement, it should work rather nicely alongside it.

It’s at preview stage at the moment, so a little rough around the edges, but when it does finally reach a point where it’s ready for prime time, we’ll have all of the details right here. 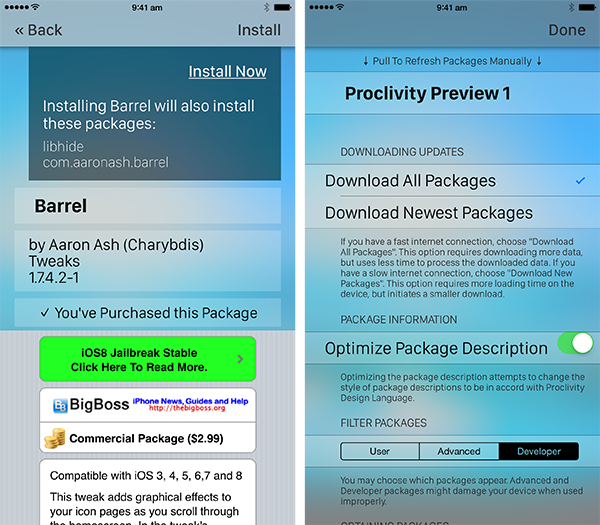 If you want to install it right away, then simply follow the steps outlined below:

Step 2: Tap on Sources and then add the following URL to your list of repositories: http://proclivityapp.com/getpreview/

Step 3: Once the packages have loaded up and all refreshed, search for ‘Proclivity’.

You can grab more details by pointing your browser to: Proclivityapp.com