With the invites to the Apple media event expected to be issued in the next few days, we are drawing ever closer to what we believe will be the official unveiling of the third generation Apple iPad. Speculation from people in the know is still pointing to an announcement on March 7th which, if historical behavior is anything to go by means that we should be seeing official invites hitting the inboxes of the lucky few in the coming days.

In the interim period, and due to the absence of any incompetent employees leaving a test unit in the public lavatory of a local bar, we have to rely on component or accessory leaks in an attempt to work out just what we can expect from the iPad 3. The first problem is attempting to guess what name structure Apple will go with, considering that people expected the iPhone 5 in October last year but were instead given the 4S, the possibility remains that next month could see an iPad 2S release. However, if the displayed photographs are anything to go by, it seems that it is likely we will see a device named the iPad 3 come launch day. 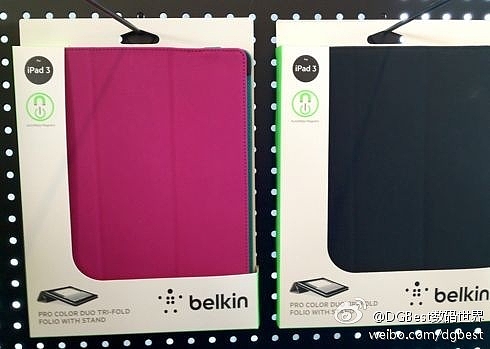 The retail packaging of the shown Belkin cases are clearly marked with the iPad 3 product name. Considering the photographs allegedly came from a Chinese accessories dealer, who received the package from Hong Kong, it is pretty much impossible to guarantee the legitimacy of the case, but the individual who first spotted the cases had this to say:

We saw a case with a lavel that says ‘For iPad 3’ and it has been confirmed by the Belkin staff. The case is specially bought from Hong Kong. We tried to fit the iPad 2 in the case, and the result is that the iPad 2 is fully compatible with the case. Does this mean that the third generation has no changes in design? 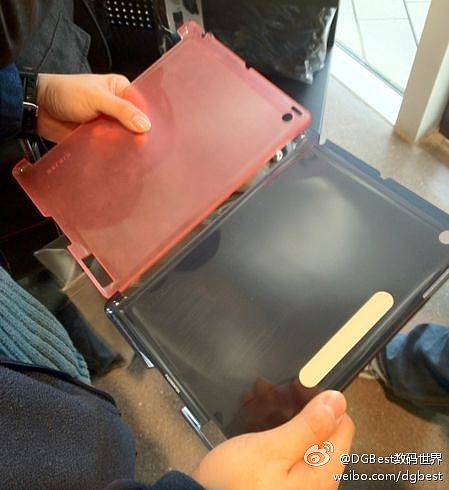 The comparison between this purported iPad 3 case a known iPad 2 case brings up no exciting results and shows no real physical difference when put side by side. The apertures within the case for the rear camera is exactly the same size, which would suggest that this is more than likely an iPad 2 case with a fake badge on considering the rear shells of the new iPad which show a noticeably larger camera housing. The inside of the rumored iPad 3 case also shows a serial number of IPAD2N669AF06A which in itself kind of gives the game up.

This could prove to be a double bluff mind game and actually be an iPad 3 case stamped with a deceiving model number, but we highly doubt it. All previous evidence points to enough design changes to warrant a noticeable change for casings and covers. Looks like we may need to wait for the official announcement for exact aesthetic confirmation.