Snapseed has been a revelation in the increasingly-popular image editing game, but since Google acquired Nik Software – the firm behind the iconic app – last September, there have been few recent murmurings touting the demise of Snapseed. Those have been well and truly put to rest today, though, with the release of Snapseed for Android; and in more good news, it’s also absolutely free of charge.

Snapseed was voted last Apple’s favorite app of 2011, and ever since Google acquired Nik Software, a release for the search giant’s mobile platform has seemed inevitable. Along with the Android iteration, the Big G has also pushed out a few significant changes to the iOS offering, and where the iPhone, iPad and iPod touch version used to cost money, that too has now gone free.

For the unitiated, perhaps a little background information is in order. Snapseed is a tool offering powerful image-editing capabilites in an effortlessly-simple interface. There has been a monsoon of new photo apps thanks to better smartphone cameras and the rise of Instagram / Facebook / Twitter, but Snapseed has sat a cut above the competition in delivering the best all-round package. 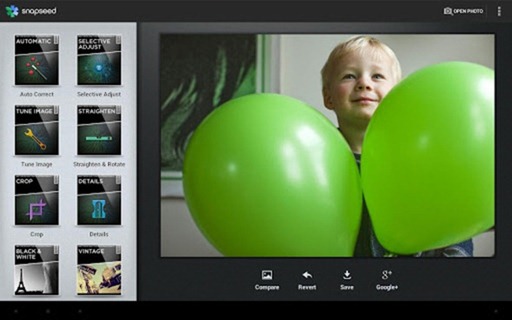 The Google Android version is much the same as its iOS rival, offering deep integration with the Google+ network. Meanwhile, the iOS version now offers a few additional filters to choose from, and the price has dropped from $4.99 to free.

Snapseed manages to find ease-of-operation, but that’s not to say it’s functionality is limited or basic. It’s a step up from those one-click filter apps that photography aficionados love to loathe, but isn’t a complicated minefield designed to befuddle and bamboozle first-time users. 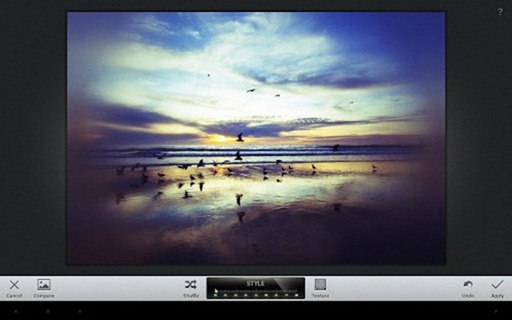 We’ve given the Android version a very brief run, and it certainly feels as smooth as it always has done on the iPhone and iPad. If you like editing images on your mobile device, this is the go-to app, and since it’s now free, you have no excuses.