Ubisoft’s Rayman has entertained both PC and smartphone users alike. The name Rayman instantly invokes feeling of a fun and fast paced adventure dressed in some gorgeous graphics and dipped in some whacky humor. Carrying that very spirit is the mobile title, Rayman Fiesta Run for iOS, which has been around for some time now costing $2.99. Well guess what? The app is available absolutely free of charge right now for a limited time.

It was back in 2012 when Ubisoft launched the popular Rayman Jungle Run on the App Store which ultimately earned it a position as one of App Store’s best apps of 2012. With Rayman Fiesta Run, you get the same side scrolling runner with the jungle environment now been replaced with a “new wacky Fiesta world!” which invites you to “Lunge for cocktail umbrellas, leap on limes and punch those piñatas”. 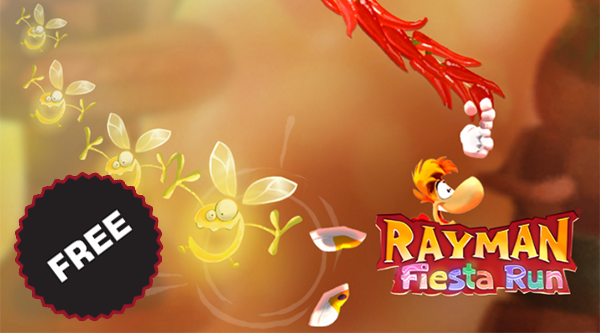 Rayman Fiesta Run has never been previously available as a free download on App Store, though it did shed its price tag on the Expedia app store a while back. This very fact is testament of just how well designed the entire experience is in this whacky title. Ubisoft also states that it has seriously amped up the graphics and visuals with Fiesta Run owing to its ‘festive’ nature.

And if you like great lightings, Rayman has put a brand new disco ball up for you! 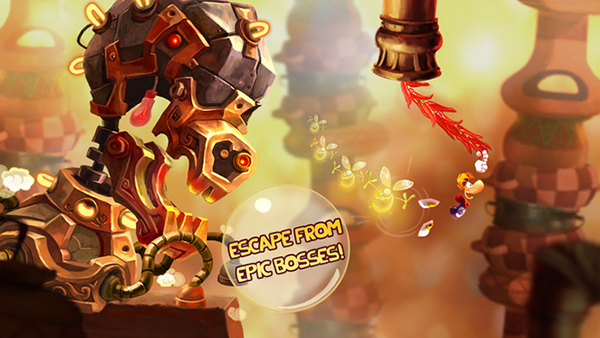 Apart from tweaking the visuals, Rayman has also gotten some new skills and powers to help it rally across the 75 levels packed across 4 different worlds in Fiesta Run.

Rayman could jump, fly, punch and run up the walls…

…he can now slide, swim or shrink on the fly into a tiny hero

Unleash the power of the Super Punch! 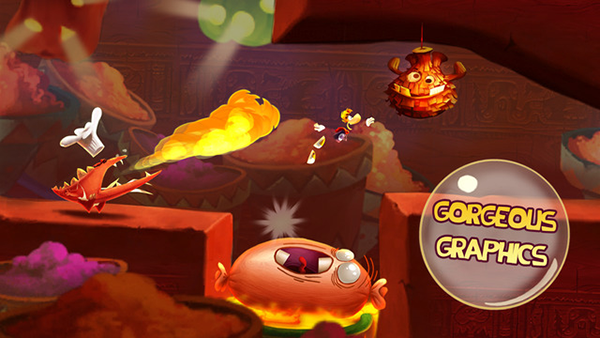 Ubisoft has thrown in some unfamiliar traps as well, just incase you thought you knew your way well around Rayman Jungle Run.

Unlike most games available on the App Store, Rayman Fiesta Run will make no fuss of requiring a Data or Wi-Fi connection when trying to initiate play. When connected to the Internet, players are able to share their achievements and even challenge friends on Facebook. 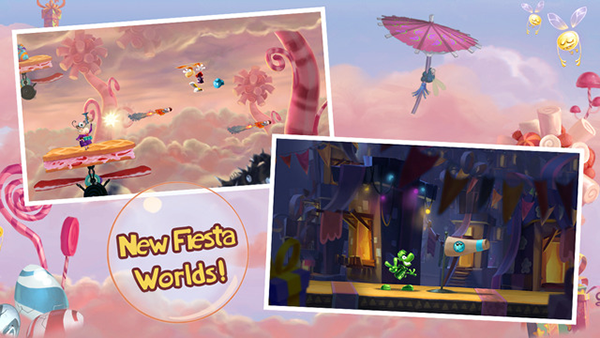 Since Rayman Fiesta Run is available for free as Apple’s Free App of the Week initiative, the offer will last till next Thursday after which it will be back to its regular paid price of $2.99. Download it now while its hot!

(Download: Rayman Fiesta Run for iPhone and iPad from the App Store)