It’s finally happening. More than three months after initially being introduced, the revamped and functional Nearby Pokémon feature in Pokémon Go which looks to provide information on critters within the local area, is now starting to roll out to Pokémon Trainers outside of the San Francisco test area.

Niantic Labs – the developer and technical genius behind Pokémon Go – has made it official today. The Nearby Pokémon feature will be expanding beyond the San Francisco region and into parts of Arizona, the Seattle area of Washington State, and the rest of the San Francisco Bay area that wasn’t previously covered.

What is presumably a server-side update means that Trainers in those areas can start taking advantage of the new feature that gives a better indication of where various Pokémon actually are in the local environment.

To be brutally honest, this has been due for quite a while considering that the original tracker feature, which was built to show a number of footprints against a silhouette of a Pokémon in order to show how far away it is, stopped working as intended many months ago.

Niantic then released a version in San Francisco in early August which displayed nearby Pokémon close to the PokéStop they were closest to in order to give Trainers a better understanding of what’s immediately available in the area and the correct direction to actually find and catch that particular Pokémon.

The update from Niantic is a little bit of a bolt out of the blue for those who were wondering if the company would actually ever get around to pushing out the nearby feature to more users other than the privilege few in San Francisco. However, users outside the areas mentioned above haven’t reacted well to this limited expansion, with many mocking the expansion. 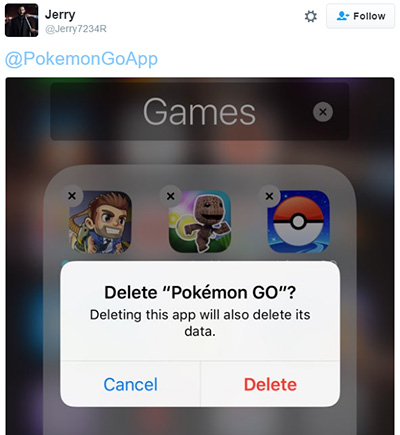 The company has now shown that it is willing to bring more users on board to test the feature, but only in a very small and pre-defined area. Only Niantic knows how long it will be before the feature becomes a global offering.