Niantic and Nintendo, the two companies behind the ever-popular Pokemon GO have been working on another temporary change to the game with a new post to the Pokemon GO site outlining what gamers can look forward to very soon indeed – an influx of Grass-type Pokemon.

This being Pokemon though, the update is more than a simple post and instead reads as if it had appeared in-game. When it comes to whimsy, few franchises and developers seem to be able to pull it off in quite the same way as Pokemon. 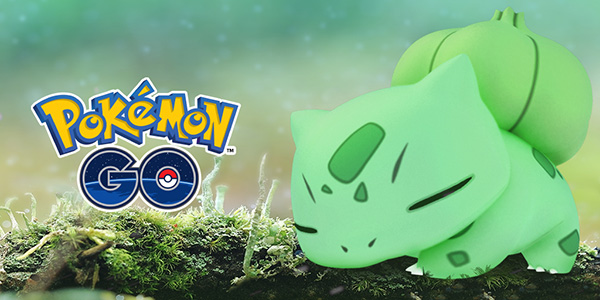 Niantic wants gamers to collect as many Grass-type Pokemon as they can during this weekend, and even reminds its gamers to take advantage of the Pokémon GO AR camera and share their new screenshots on social media using the #PokemonGO tag. We suspect checking that out over the weekend could yield quite a few entries on Facebook, Twitter and Instagram.

Professor Willow’s research into Pokémon habitats around the world has uncovered some interesting findings. His initial reports indicate that we’ll see an influx of Grass-type Pokémon sometime this weekend. These Pokémon will appear in the wild more frequently starting the afternoon of May 5, but only for a short period of time. We anticipate that Pokémon will return to their normal habitats on May 8, 2017 PDT.

Niantic’s Pokemon GO has experienced more peaks than troughs in its lifetime on the App Store and Google Play Store, and little changes to gameplay like this are potentially the developer’s way of reigniting waning interest every so often.

If you are a big Pokemon GO fan though, this weekend’s event is surely something you will not want to miss out on. For everyone else, maybe it’s time to re-install the game and dive back into a world that has the potential to grab people like few others can.