If you happen to be a regular gamer on Sony or Microsoft’s online gaming platforms then chances are that you realized all wasn’t well in the video game world over the weekend. Sure, like any other online service, Xbox LIVE and Sony’s PlayStation Network are prone to the odd glitch here and there, which can result in downtime, but it seems that the weekend’s event was a little more serious. Sony’s PlayStation Network and Microsoft’s Xbox LIVE service were both brought down simultaneously by cyber attacks over the weekend, with a group calling itself "Lizard Squad" taking responsibility for the whole thing.

Sony had initially reported via its official PSN blog that the PlayStation Network and Sony Entertainment Network had been "impacted by attempt to overwhelm our network with artificially high traffic". In other words, both of Sony’s online networks were being hit by a distributed denial of service (DDoS) attack. The blog post went on to confirm that access to most areas of the Sony network had been impacted, but attempted to alleviate additional fears by confirming that "no personal information" had been accessed. The Japanese company has since updated the post to confirm that it did indeed suffered from a DDoS attack, but that all services were now up and running, which is obviously good news for gamers. 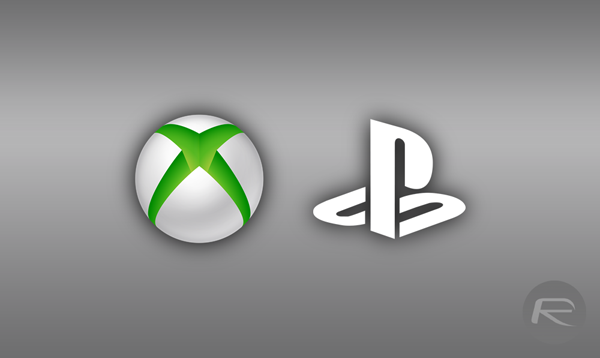 It’s not unusual for large companies like Sony and Microsoft to be targeted by this type of malicious online behavior. However, what happened next is unusual and a lot more sinister. The group taking responsibility for the attack then sent a tweet to American Airlines stating its belief that flight number 362 from DFW to SAN contained explosives. 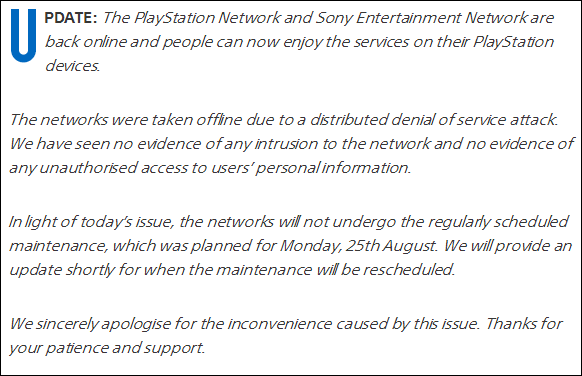 Jon Smedley, an executive with Sony Online Entertainment, was actually onboard that flight and confirmed via his own Twitter timeline that the flight was indeed forced to land unexpectedly, likely as a result of that tweet to American Airlines.

The motivation for the attacks on Sony and Microsoft’s online services, as well as the forced landing of American Airlines flight 362, is still unknown. Both companies are reporting that all online services are once again fully operational. It’s also understood that the FBI are currently investigating the circumstances surrounding the grounding of the flight carrying Jon Smedley.