Google Records Every Place You Go With Your iPhone Or Android, Here’s How To Stop This

We’d like to think that most people who use Google’s services are fully aware that the technology giant is monitoring their every move. Literally. But it’s clear that the great unwashed masses have no idea that their Android phones are tracking their location as they go about their business and, if you have Google Now installed on an iPhone, that’s probably doing the same too.

Now we’re not too concerned about that ourselves, partly because we don’t like tinfoil hats or have some sort of obsession with the notion of privacy, but mostly because we know that Google needs our location in order to offer some of the super cool features that we often take for granted. We’re looking squarely at some of the Google Now magic that goes on, but it runs deeper than that. 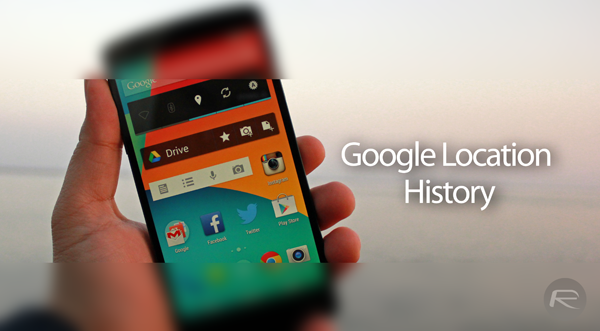 Of course, if you do want to get rid of whatever location data Google already has its mitts on as well as preventing more data being accrued, then doing so is much easier than you might imagine, given the information’s importance to a company that isn’t exactly known for making things easy.

You have a look at what’s already been collected by heading over to this Google Support article (for Android, iOS) and clicking the link that takes you to your location history. You’ll be greeted by a fancy graph of your movements too, which while may be a tad creepy to some, we found rather fascinating. Your whole location-based history can be downloaded should that tickle your fancy, but you’re more likely to want to actually stop this data from being collected in the first place, and the best place to do that is on your Android device.

Depending on what phone you have, you’re going to want to head into Settings and then Location. Next up, you want Google Location Reporting.

Here you’ll have two options. One will let you turn location reporting off, and the other will let you wipe whatever data Google already has on you. Just remember that by turning this stuff off, you might be breaking something you actually rely on. 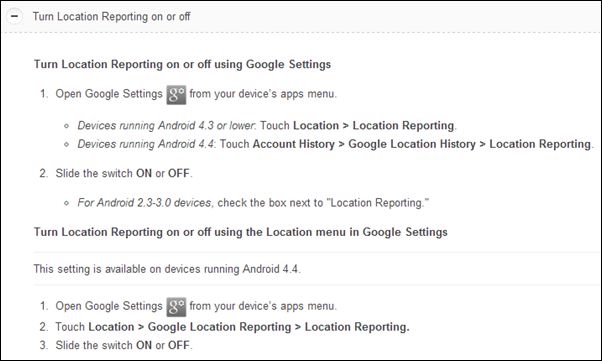 The world’s never black and white folks. Sometimes you have to give a little information to get a whole lot of (FREE!) functionality.