There is no shortage of companies that make accessories that can connect to iOS devices and that goes for game accessories, too. The latest of those to find its way into an Apple Store is the Gameball, created by Seattle company Play Impossible.

The accessory connects to iPhone, iPad, and Apple TV via Bluetooth and an accompanying app and aims to encourage both single and multiplayer gaming. The games that are played hope to improve hand-eye coordination as well as creating thinking and agility, according to the company. 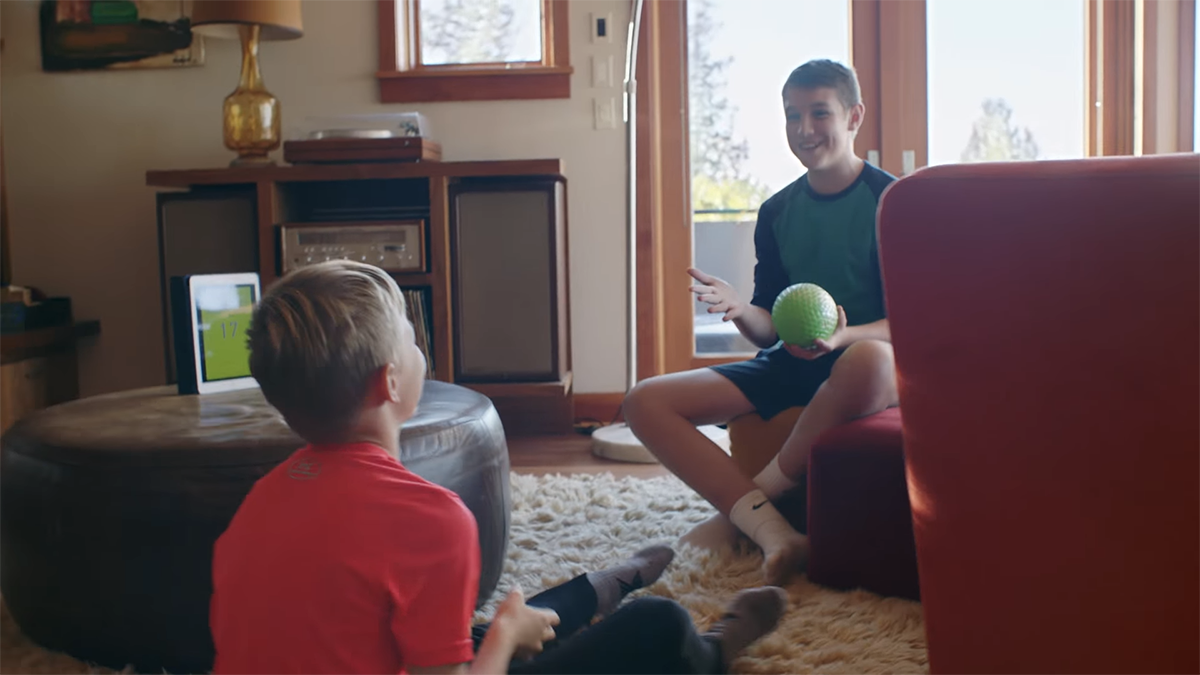 Essentially made up of mini games, the Gameball app and accessory can be used in a number of ways. One game, called Splash, turns the ball into a virtual water balloon with gamers encouraged to keep it in the air for as long as possible without accidentally popping it.

Other games attempt to teach younger users a little about physics with the data collected by the Gameball able to be exported from the iOS app and into spreadsheets for use later. The game also tracks experience points in-app, which can then be used to move gamers up a level system, gaining achievements as they go.

Instantly connect Gameball to your iPhone, iPod, iPad, or Apple TV using Bluetooth and then challenge yourself and your friends in games that emphasize hand-eye coordination, agility, and creative thinking. Single-player games include Impossible, a platformer that begins easy and gets progressively harder with ever-increasing heights, RPMs, and airtime challenges to test your ball skills.

Unfortunately, just as it the case with many of these things, Gameball is not cheap. The Gameball can be bought in either Green or Purple direct from Apple for $99.95 and can be played for up to two hours once charged. An included Rapid Charger is capable of charging the Gameball in just 20 seconds, though, meaning you’re never going to be unable to play thanks to a flat battery.