Planning To Buy A Galaxy Smartphone? Samsung Will Pay Up To $300 For Your Old Device

Although both Apple and Samsung legal representatives are spending most of their working days locked in a Californian court room battling out their difficulties, it hasn’t stopped the two companies putting plans in place to make an assault on the smartphone industry. After all, business is business, and although the two largest smartphone vendors in the world clearly have issues. With Apple planning to entice users over to the fruity side with the announcement and release of the next-generation iPhone sometime next month, it seems that Samsung have their own plans for market domination.

The South Korean technology giants have introduced a new initiative which they are calling Samsung Upgrade, which is effectively a new set of incentives that aims to convince smartphone owners to trade in their current device in favor of purchasing a brand new shiny Samsung produced smartphone. On the face of it users could be forgiven for thinking it doesn’t really represent that great of a deal, but when you add in the possibility of a $300 payout from Samsung, it sweetens the deal considerably.

The new program is only available in the United States and is being offered across pretty much all of the territories and mobile carriers, with the sole intention being to grab new customers and increase their marketshare of an industry that is so insanely profitable for them. The Samsung Upgrade idea is pretty simple really, and should offer no real issue to people who are interested in exploring the cash for the trade-in route. Those who are interested simply need to provide details about the current device they are going to be trading in, purchase the new Samsung device they are interested in, and then mail in the old and tatty phone in order to receive the agreed upon payment. 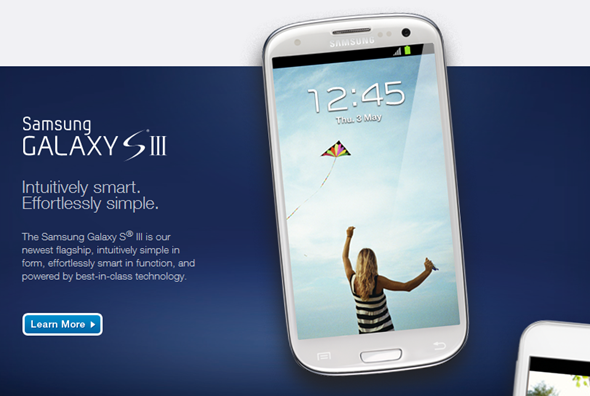 The value of the trade-in will obviously differ depending on which device it is you are offering, but at the time of writing a, fully functional AT&T iPhone 4S 16GB would net you a cash back value of $215.00 from the program. Not bad if you were intending on making the switch to something like a Galaxy S III anyway. Although Samsung advertises the upgrade scheme as potentially netting the user a $300 rebate, it is actually only the 64GB AT&T iPhone 4S that commands this amount, with the rest of devices coming in at $250 or less.

Interested in seeing what your old phone could get you and want to help Samsung widen the devices sold gap on Apple? Head on over to the Samsung Upgrade site by pointing your browser to this link: http://www.samsungupgrade.com/