PictureFrameCenter For iOS Adds An Image Slideshow To Notification Center

When Apple released iOS 5 in October of 2011, it brought with it a number of exciting features that developers within the jailbreak community immediately became interested in. The introduction of Siri was obviously something that peaked interest, but the most widely hooked-into aspect of the current major release of Apple’s mobile operating system has to be the Notification Center. Just trawling through Cydia will return multiple widgets that can be used in the new notification hub, with the PictureFrameCenter package being one of the latest. 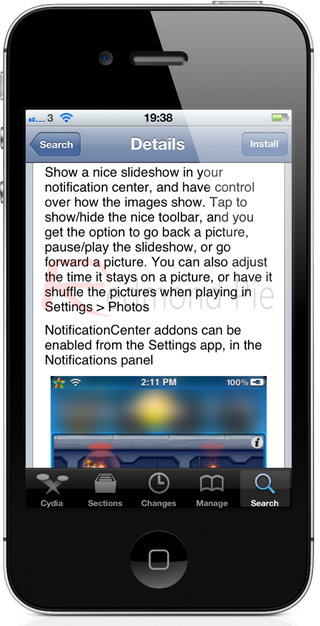 The PictureFrameCenter tweak, released onto the Cydia store by iOS developer CoolStar, is yet another widget-based package that manifests itself within the Notification Center, but the idea of allowing users to place an attractive slideshow within NC is quite a novel one. Frequent and advanced users of iOS will no doubt be aware that the system already ships with a slideshow type offering, allowing photographs to automatically be displayed on the device’s display, however that implementation is obviously restricted and limited as to how it can be used.

When installed, PictureFrameCenter immediately becomes available as a widget within the Notifications preferences panel in the native Settings app. Toggling the widget on will embed the slideshow functionality into Notification Center, which pretty much sums up the user interaction required to get this package up and running. Additional options are available by heading over to Settings > Photos and changing the length of time each image is displayed for before transitioning on to the next one. 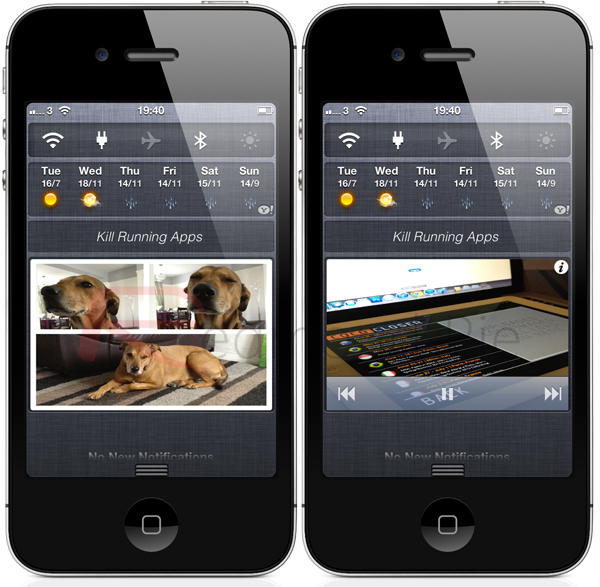 When Notification Center is invoked, the tweak is immediately evident, with images from the device’s Camera Roll being displayed on the screen in a nice custom made image holder. When left to function on its own, the images will automatically switch without interaction. Tapping on the image will bring up a new overlay that allows users to go to the next or previous image, or alternatively pause the entire slideshow. From a personal point of view I struggle to see why anyone would really want to display a slideshow within NC considering that it spends most of its time hidden from view, but it is also worth noting that the package is compatible with Dashboard X, meaning the same features can be brought to the device’s home screen. 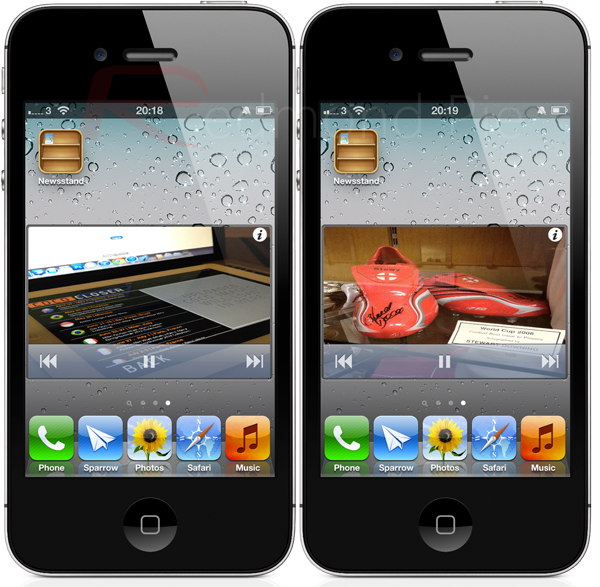 PictureFrameCenter is available as a free of charge download from the BigBoss repository and requires iOS 5 or above to be installed on the device.