For those who purchase an iPhone or iPod touch, it stands to reason that each person uses that device for a different purpose, but regardless of what the intended usage is, everyone more than likely has something in common – the fact that we all install a large number of applications from the official App Store. If the recent speculation is anything to go by then it looks likely that we will see a redesign of the App Store with the launch of iOS 6, but it is anyone’s guess what that will bring. 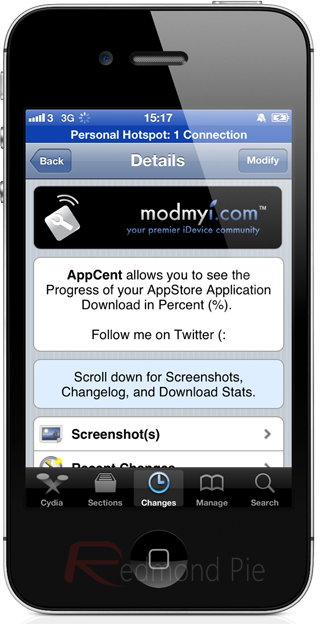 One of the latest tweaks that has landed on the Cydia store is called AppCent, and is one of the few from memory that actually hooks into and amends the behavior of Apple’s official application hub. In a standard installation of the operating system, when a user downloads any app from the store, it goes through a number of stages involving waiting, downloading and installing. All of the various stages come with a progress bar under the app icon, which in all honesty is pretty useless as it doesn’t really give any user feedback or information.

AppCent is a tweak by iOS developer rud0lf77 that makes an attempt to solve this issue by implementing some additional information during the download process to allow users to know exactly what stage the download is in. The developer has decided the best way to do this is by assigning a visual and numerical indicator in place of the standard iOS progress bar that feeds back a percentage level of installation to the user. The obvious benefit of such a thing is that the user will always know the state of their download and when it will finish. 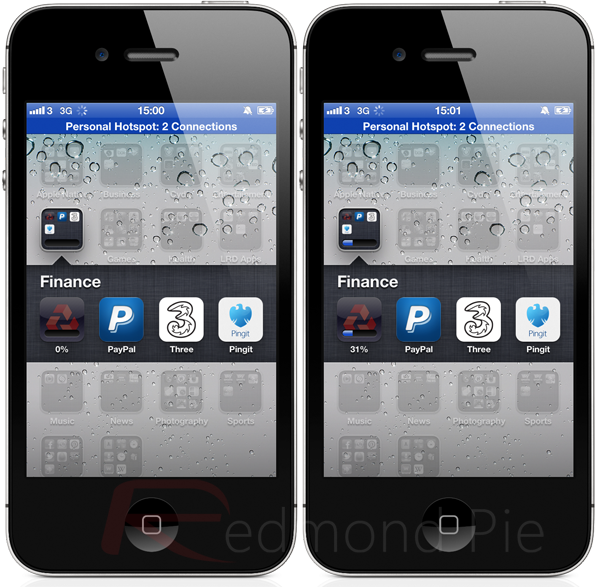 It always seem a little strange to me that Apple has never included any kind of percentage indicator during the download process as it seems such a vital part of the user-experience. A tweak like this is particularly useful in those instances when an app download seems to stall for whatever reason, AppCent will now feedback exactly what stage the download is at.