Ever since the critical success of the Nexus 7, and the reasonably good commercial success of the Kindle Fire (both $199 Android powered tablets), Apple has been strongly rumored to be preparing their contestant for the small, economical tablet. Just about every Redmond Pie reader has now heard of the iPad Mini. It’s rumored to be a 7.85” tall tablet that has the specs of an iPad 2, and that it will be announced and launched in October for the price of $249.

We’ve shown you graphically rendered mockups of the device in the past, and today we’ll be sharing photos of a physical mockup. Check out the details after the jump. 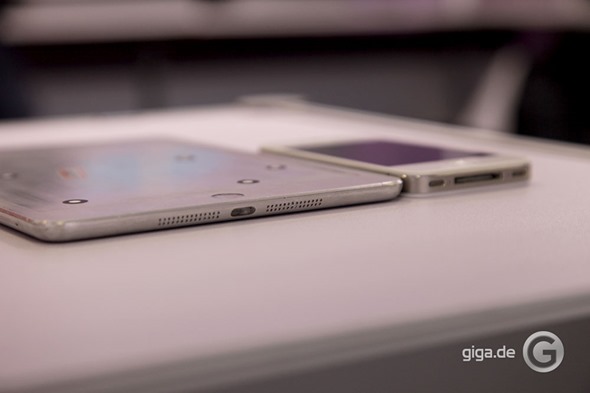 The photos and mockup itself is sourced to TaoBoa, an online retailer. They show a dummy iPad Mini that looks just like the renders that were discussed here at Redmond Pie a few days ago. It’s design elements are quite similar to the iPad 2 with its tapered edges and black cutout for radio components at the top of its rear; with the only thing different being, of course, it’s small size and a noticeably thinner bezel. The mockup also comes with the strongly rumored new dock connector and speaker grill.

Another website giga.de has taken photos of an iPad mini metal construction. Their photos make it easier to see the difference between the size of the iPad mini and the iPhone 4S. 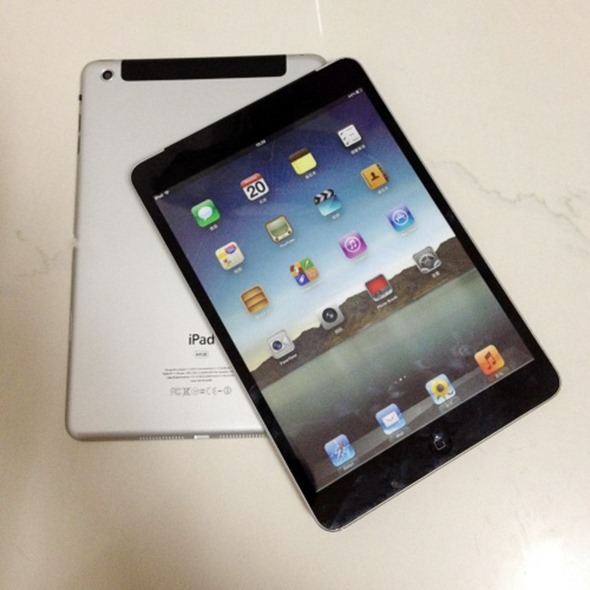 Speaking of the iPhone, the next generation iPhone too will see a change in its display size. We’ve seen (and discussed) multiple pieces of evidence that strongly suggest such a design change: iOS 6 being able to scale to 1136 x 640, new iPhone components – front and back panel – leaking out etc.

It is expected to come with a taller, 16:9 (widescreen) display with a resolution of 1136 x 640. According to multiple reports, it will be announced at a media event on September 12th, and launched two weeks later. 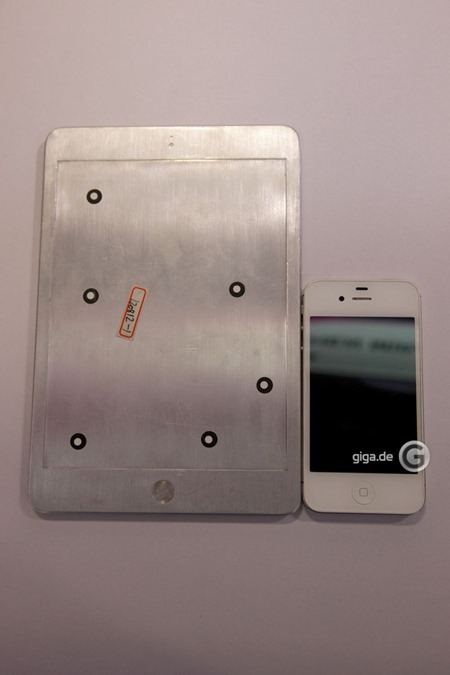 We’re only a few days away from the rumored media event date, so Apple may send out event invites any minute now. We expect Apple to send them during one of the many media events from Nokia, Amazon, Motorola later this week to draw away precious attention.